TECH Scientists find powerhouses that fight tumours from within

Scientists find powerhouses that fight tumours from within 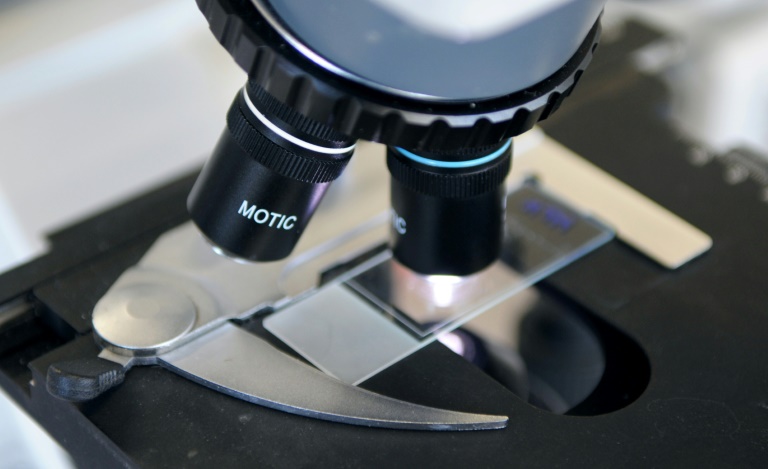 In recent years doctors have turned to a new treatment for cancer, immunotherapy, which works by leveraging the body's own immune system to fight tumours. (Photo: AFP)

Lurking deep inside some tumours are "factories" full of immune cells that help the body fight a rearguard action against cancer and are key to helping some patients recover, new research has shown.

In recent years, doctors have turned to a new treatment for cancer, immunotherapy, which works by leveraging the body's immune system to fight tumours.

The technique has largely focused on white blood cells called T-cells, which are "trained" to recognise and attack cancer cells.

But the innovative treatment only works well for around 20 percent of patients, and researchers have been trying to understand why some people respond better than others.

Three papers published on Thursday in the journal Nature point the way, identifying a key formation inside some tumours: tertiary lymphoid structures (TLS).

These structures function like "factories or schools" for immune cells that help the body fight cancer, said Wolf H. Fridman, a professor emeritus of immunology at the Cordeliers Research Centre of the Paris Descartes University medical school, who helped lead one of the studies.

"The cells need to be educated in schools, which are the tertiary lymphoid structures," where they effectively learn to recognise and attack cancer cells, Fridman told AFP.

Key to the findings is that T-cells are far from the only immune cells capable of taking the fight to cancer, with researchers finding the TLS were full of B-cells, a kind of immune cell that produces antibodies.

"We have been T-cell addicts for 15 years in cancer," Fridman said with a laugh.

"We analysed these sarcomas to see what groups they had and what's striking is that these B-cells appeared."

Beth Helmink, a fellow in surgical oncology at the University of Texas's MD Anderson Cancer Center who worked on a second study, said the research changed perceptions of the role of B-cells in immunotherapy.

"Through these studies, we find that B-cells are not just innocent bystanders, but are themselves contributing in a meaningful way to the anti-tumour immune response," she said in a statement issued by the Center.

The discovery is something of a surprise, as an abundance of B-cells in cancer patients has sometimes been seen as a marker for poor prognosis.

But the studies found that patients with high levels of B-cells inside TLS in their tumours were more likely to respond well to immunotherapy.

"This series of studies are exciting because they represent real progress in the treatment of different types of cancer," said Louisa James, a lecturer in immunology at Barts and the London School of Medicine and Dentistry, Queen Mary University of London.

"In the short term, these results provide a new tool to help predict which patients are likely to benefit from treatment with immunotherapy and may also pave the way for improved treatments in the future," added James, who was not involved in the studies.

There are still many unanswered questions, including why the structures form in some tumours and not others.

And while it now seems clear that B-cells inside the structures play a key role in the success of immunotherapy, scientists are not sure precisely how.

It may be that the B-cells are on the frontlines, producing antibodies that attack cancer cells efficiently.

Or they may be bolstering T-cells, or perhaps doing both.

And not all TLS are created equal: the researchers found three categories, but only one type was "mature" enough to churn out cancer-fighting immune cells.

Initially, it could help doctors screen patients to see which are most likely to respond well to immunotherapy.

And eventually, the research could mean more patients are successfully treated with the technique, said Goran Jonsson, a professor of oncology and pathology at Lund University in Sweden who worked on a third study.

"If we come up with a treatment that could enhance TLS formation, we could combine this with current immunotherapy regimens," he told AFP.

"Most likely this would lead to more patients responding to immunotherapy."