BEIJING, July 5 (Xinhua) -- Chinese scientists have made a breakthrough in cryogenic rocket engine technology that can extend the orbital period of rockets from a few hours to 30 days, providing support for China's future deep space exploration. 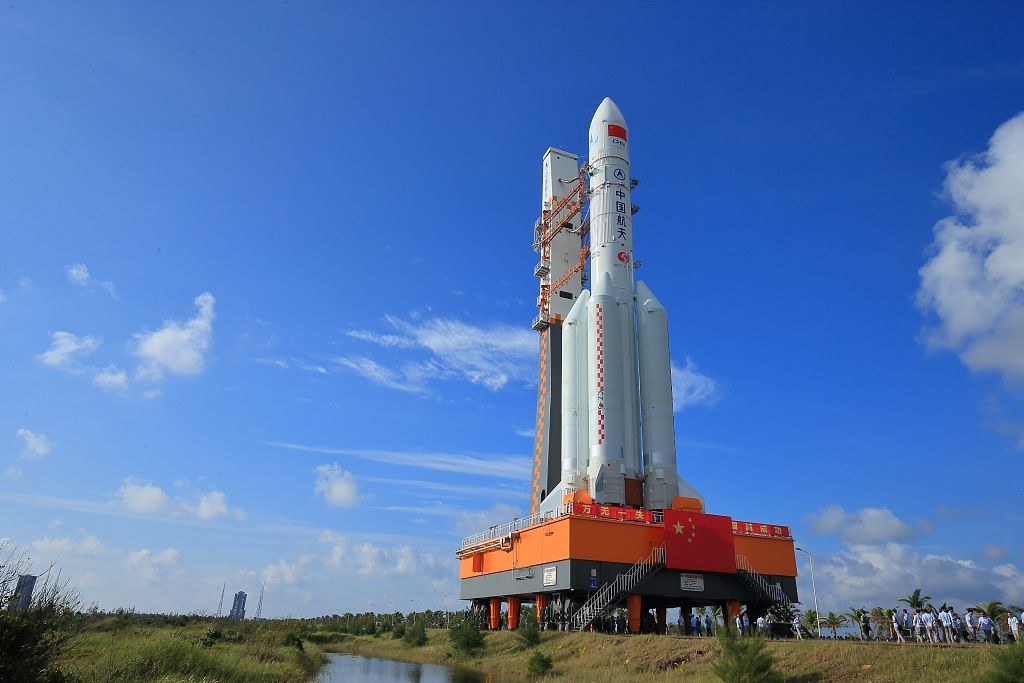 Cryogenic rocket engines are specially designed to work at extremely low temperatures. They use non-toxic and non-polluting propellants, such as liquid hydrogen and liquid oxygen, which are more cost-efficient than others.

The engine has been widely used in domestic and foreign launch vehicles, including China's Long March-5 and Long March-7 carrier rockets.

However, most of these rockets can orbit only a few minutes or a few hours. An extended orbital period has puzzled the aerospace community for a long time.

Scientists from the China Academy of Launch Vehicle Technology have developed two insulating materials that can reduce propellant evaporation loss and keep rockets in flight for longer than before.

According to Zhang Shaohua, a member of the research team, a cryogenic rocket will face a severe thermal environment when it flies in orbit, which will cause lots of propellant evaporation, accelerate propellant loss and reduce the time in orbit.

"If a car keeps leaking oil, its range will inevitably be shortened," said Zhang.

In addition, when a rocket is flying, its engine will expel the exhaust gases to keep pressure balance in the propellant storage tank. However, under the microgravity environment in space, gas and liquid cryogenic propellant will be mixed, therefore, a large amount of liquid propellant will also be discharged during engine exhaust.

One of the newly-developed materials is made of polyurethane foam, a chemical composition, which can increase the insulation capacity by more than 50 percent compared with traditional foam materials. The other one using variable density multilayer insulation also shows improved thermal performance, about 18 percent higher than traditional materials.

The test results showed that with the two advanced materials, the daily evaporation of cryogenic propellant can be cut down from 2.5 percent to 0.5 percent, said Zhang.