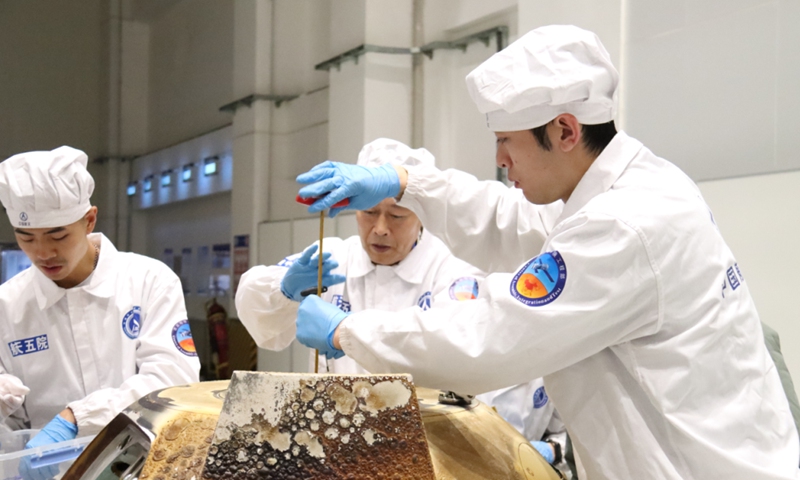 BEIJING, Dec. 29 (Xinhua) -- China's Chang'e-5 probe retrieved about 1,731 grams of samples from the moon. It has been much anticipated just how these would be used for research.

Researchers have set up special storage facilities, constructed laboratories for sample processing and analysis, and developed detailed operating procedures to ensure that lunar samples are not contaminated as far as possible and that the research results are reliable.

The samples will be first analyzed non-destructively, said Xiao Long, a researcher at the China University of Geosciences. He told the Science and Technology Daily that this analysis could indicate the condition of the samples.

A method for non-destructive analysis is to obtain the samples' element composition and content information. Researchers do this by analyzing the wavelength and intensity of the characteristic fluorescence X-rays generated by different sample elements, said Zhao Yuyan with Jilin University.

Researchers also implement microanalysis to use them as sparingly as possible. The allowable amount of the samples under test is usually only about one percent of the constant, with a weight of about 1 to 15 milligrams.

Given the preciousness of lunar samples, it is necessary to further improve the sensitivity and resolution of the instruments, and develop new technologies and methods, said Zhao.

By analyzing the samples, scientists can correct the previous mathematical models for estimating the surface age of celestial bodies. They can also provide significant references for humans to understand the geological evolution of the moon. 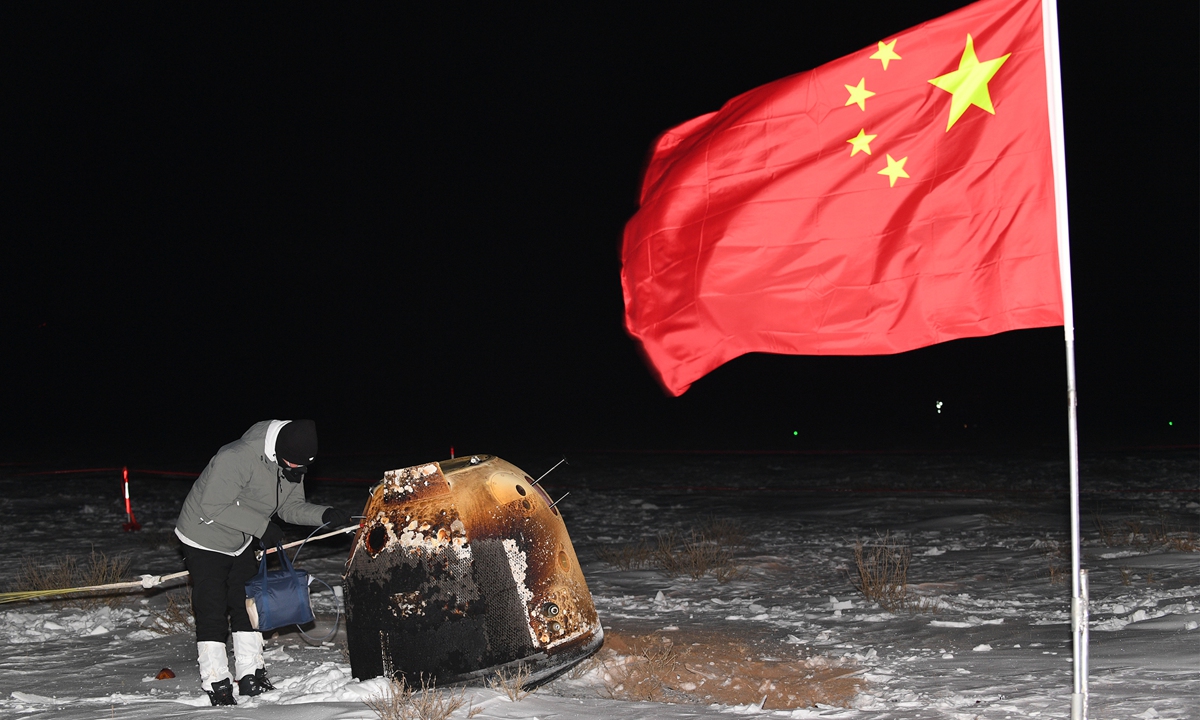 Chang'e-5 is one of the most complicated and challenging missions in China's aerospace history. It is also the world's first moon-sample mission in more than 40 years.

The Chang'e-5 probe, comprising an orbiter, a lander, an ascender, and a returner, launched on Nov. 24. The return capsule landed in Inner Mongolia Autonomous Region in the early hours of Dec. 17, bringing back the moon samples.