Scientists say images of craters taken by European and American space probes show there likely once was a planet-wide system of underground lakes on Mars. 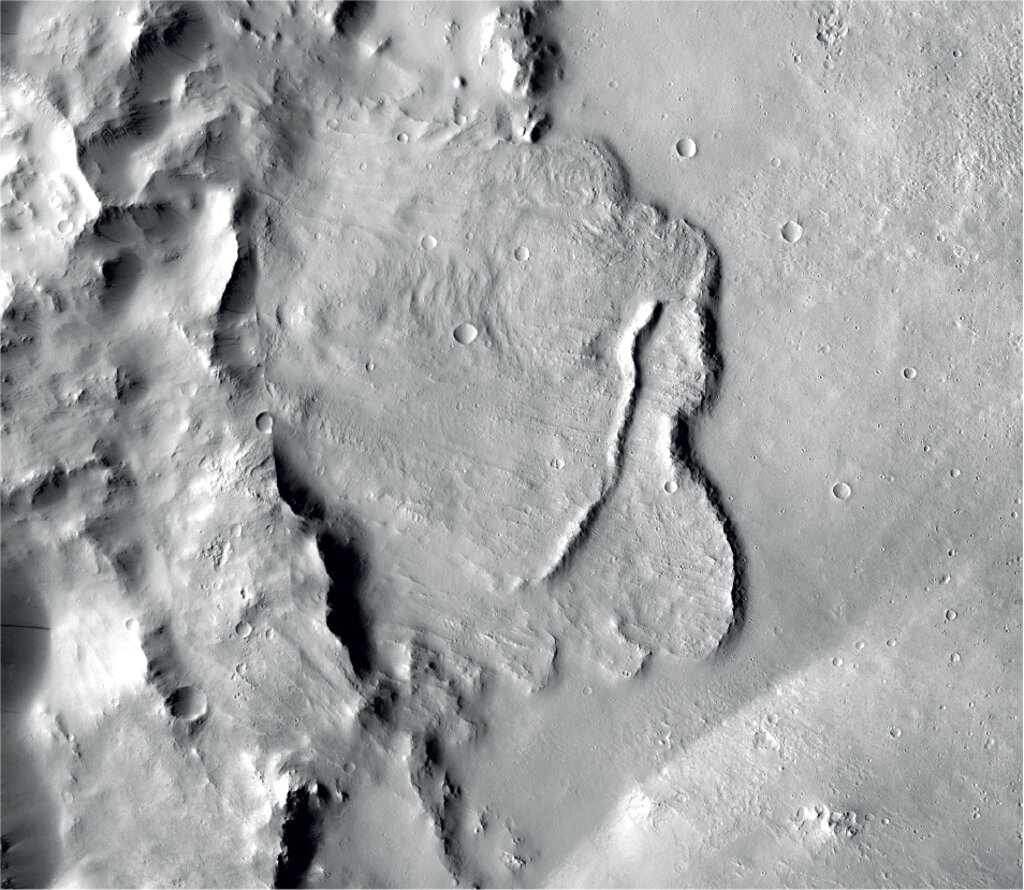 This undated photo provided by the European Space Agency, ESA, shows the surface of the Mars. (File photo: AP)

Data collected by NASA and ESA probes orbiting the red planet provide the first geological evidence for an ancient Martian groundwater system, according to a study by researchers in Italy and the Netherlands published in the Journal of Geophysical Research.
Francesco Salese, one of the scientists involved, said in an email Friday that the findings confirm earlier models and smaller-scale studies, and that the underground lakes may have been connected to each other.
The notion of water on Mars has long fascinated scientists because of the possibility that the planet may have once harbored similar conditions to those that allowed life to develop on Earth. Patches of ice previously spotted on Mars provide tantalizing hints of a watery past for the arid world.
Researchers said flow channels, pool-shaped valleys and fan-shaped sediment deposits seen in dozens of kilometers-deep craters in Mars' northern hemisphere would have needed water to form.
Co-author Gian Gabriele Ori said an ocean some scientists speculate Mars may once have had between three and four billion years ago could even have been connected to the underground lakes.
The researchers also saw signs of minerals such as clay on Mars that would have required long periods of exposure to water to form. Ralf Jaumann, a planetary scientist at the German Aerospace Center who wasn't directly involved in the study, said such sites are a good starting point for future Mars landers to search for signs of ancient life.
However Jack Mustard, a professor of geological sciences at Brown University who also wasn't part of the study, questioned the paper's claims, saying he didn't see evidence of underground lakes in the data.
"But I am probably just a skeptical Martian," he added.