Scientists in Europe said Tuesday they've successfully transferred a test tube rhino embryo back into a female whose eggs were fertilized in vitro, as part of an effort to save another nearly extinct sub-species of the giant horned mammal. 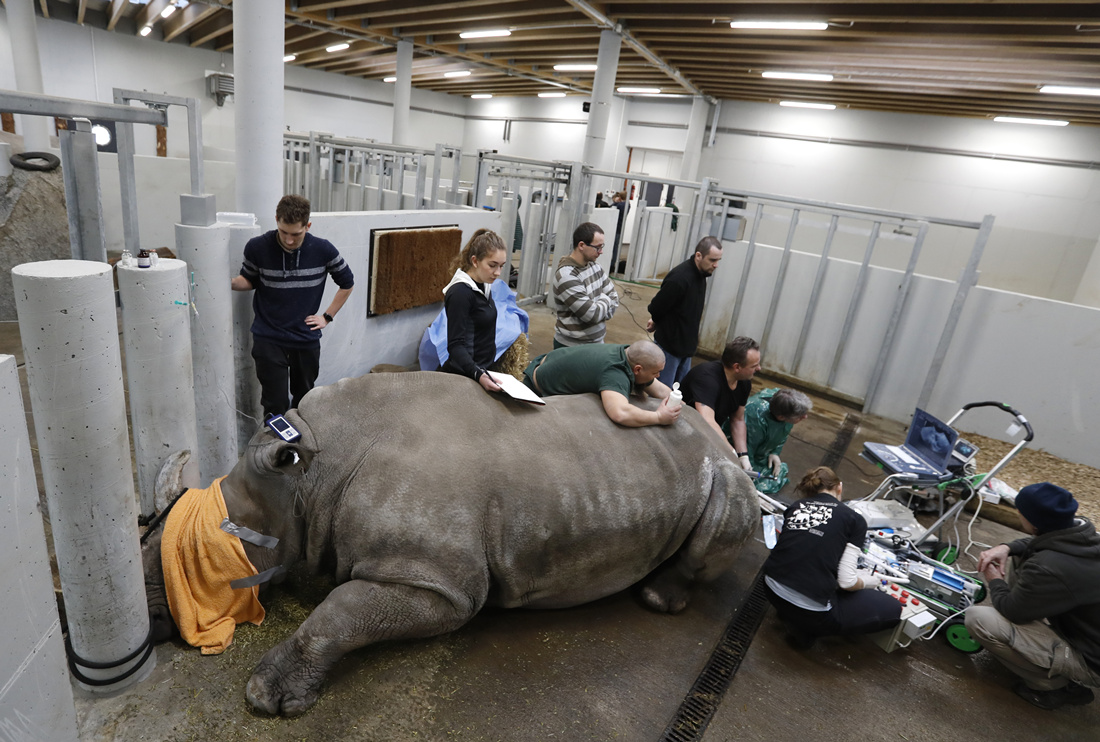 The procedure was performed last month on a southern white rhino at Chorzow zoo in Poland, said Thomas Hildebrandt of the Leibniz Institute for Zoo and Wildlife Research in Berlin.

Hildebrandt is part of BioRescue, an international team of scientists and conservationists trying to use IVF to save the rare northern white rhino.

Scientists chose to test the IVF transfer on southern white rhinos, a closely related sub-species whose numbers have stabilized in the wild.

"This is the first positive proof that the entire procedure we've developed in theory can be successful," Hildebrandt told reporters in Berlin.

But time is running out.

The BioRescue team is waiting for permission from the Kenyan government to harvest eggs from the last two surviving female northern white rhinos, a mother and daughter called Najin and Fatu. They are unable to bear offspring themselves, so once the embryos are fertilized in the lab they would be implanted in a southern white rhino surrogate mother.

Kenya's ambassador in Germany, Joseph Magutt, said his country supports the effort, but didn't say how long it would take to clear the paperwork.

Hildebrandt cautioned that while ultrasound tests show the embryo transferred at Chorzow zoo has grown, it's smaller than expected and it remains to be seen whether it will implant in the mother's uterine lining and result in a pregnancy.

"There are a lot of technical problems that will be solved, but it will take time," said Cesare Galli, whose Italy-based company Avantea specializes in artificial reproduction of horses.

The German government announced Tuesday that it is supporting the project with 4 million euros ($4.6 million) funding.

In the meantime, others in the BioRescue team are working on ways to turn preserved skin cells from deceased rhinos into eggs or sperm, a procedure that's so far only been performed with mice.

Rhinos have long been under pressure from poachers because of their horns, and several sub-species are at risk of extinction. Conservationists say rhinos are important for the survival of many other species because of the role they play in landscaping their native habitat.

Earlier this week, five eastern black rhinos were transported from European zoos to Rwanda's Akagera National Park to help increase the genetic diversity of the rhino population there.

More broadly, a recent United Nations report warned that a million species are at risk of extinction in the coming decades, largely because of human activity.