Scientists tag sharks in Galapagos Islands to monitor their migration

Scientists in the Galapagos Islands have attached tracers to five blue sharks for the first time as part of a project to study their migratory patterns, Ecuador's government said. 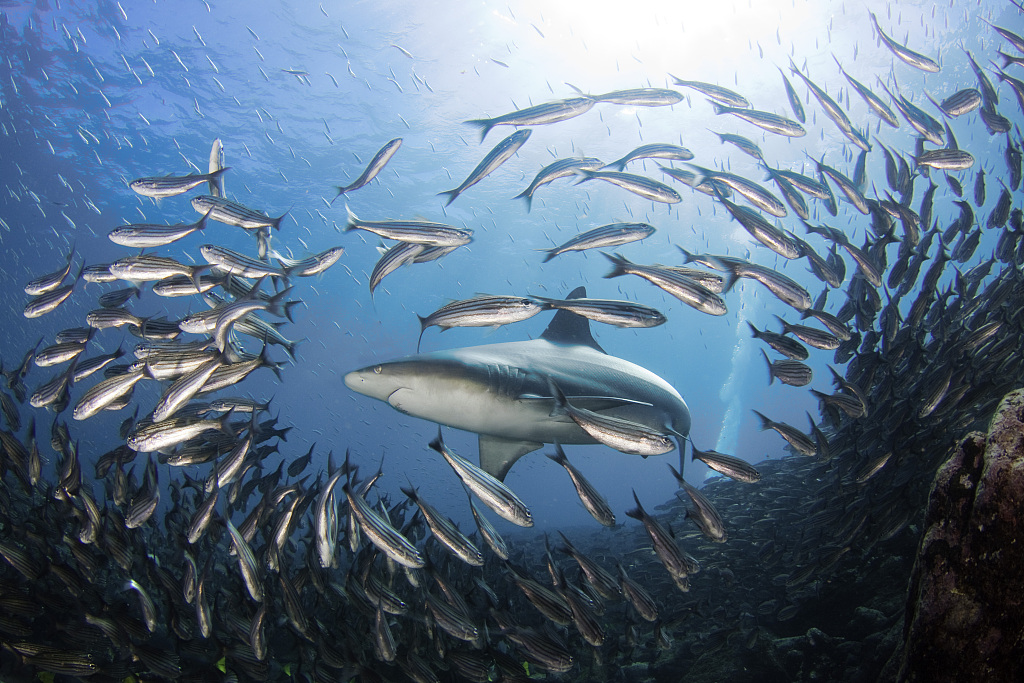 A Galapagos shark opens a hole in a school of black striped salema on July 11, 2009 in Galapagos Islands, Equador. (File photo: VCG)

One female and four males were tagged in a marine reserve during a six-day expedition to the islands of Isabela and Floreana, the environment ministry said.

Conservationists do not fully understand if blue shark migration is a seasonal phenomenon, said Alex Hearn, a marine biologist with the Galapagos Science Center who was part of the team that tagged the sharks.

Blue sharks, which are not a threatened species, can have as many as 100 babies a year. They move in the open sea and tend not to come into contact with humans.

Hearn said the tracking devices will help determine how long blue sharks spend in the islands off the coast of Ecuador or if they are just passing through the vast protected marine reserve set up by the government. Commercial fishing and shark hunting is banned in it.

"We have started to receive data. We have seen that at least two of the sharks have moved hundreds of kilometers toward international waters and the coasts of Ecuador and Peru, and there they are vulnerable to fishing," said Hearn.

The Galapagos Islands inspired Charles Darwin's theory of evolution and are a UN natural heritage site.