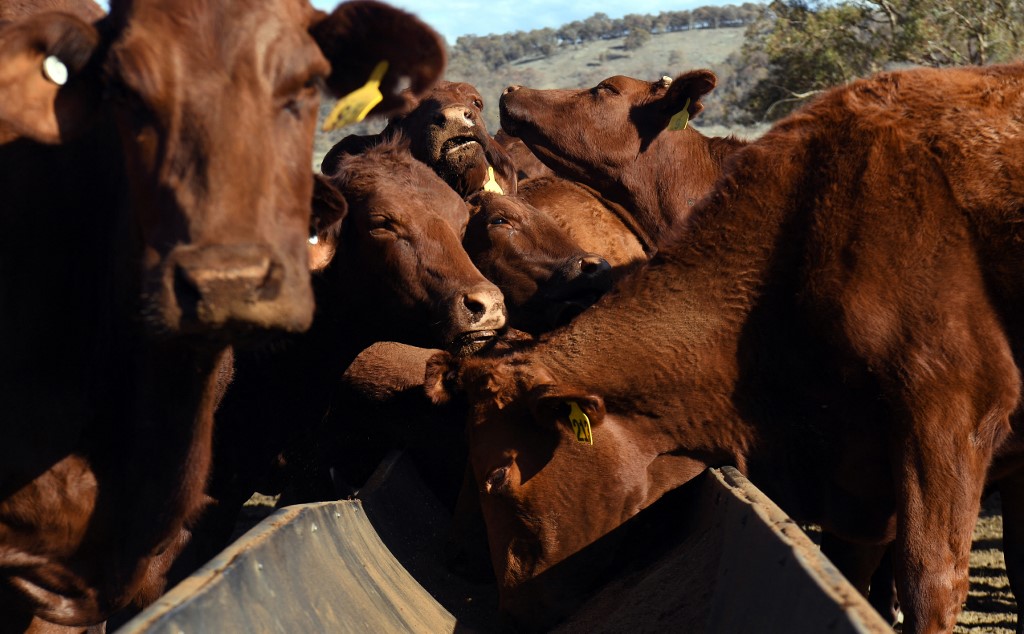 The study, which was published by the Commonwealth Scientific and Industrial Research Organisation (CSIRO) and the University of California on Thursday, revealed that Asparagopsis taxiformis - a seaweed found off Australia's coast - has the potential to significantly reduce emissions from farming.

Researchers found that supplementing 0.25 percent of a cow's daily feed with the red seaweed resulted in an average drop in methane production of over 50 percent over a 147-day period.

Increasing it to 0.5 percent of daily feed resulted in a 74-percent drop in methane emissions without affecting the quality or taste of the meat produced by the cattle.

Rob Kinley, the chief scientist of Future Feed - a joint venture between the CSIRO, Meat and Livestock Australia and James Cook University focusing on seaweed-based supplements for methane reduction - said that the results were unparalleled.

"It stands alone. There are none others even close to it. There are no other compounds of any type, whether they're seaweed or (synthetic) chemicals, that can take the methane down that far without hurting the animal," he told the Australian Broadcasting Corporation (ABC).

"Methane isn't necessary to the animal, it's just there as a by-product of evolution."

Asparagopsis taxiformis contains high levels of bromoform, a chemical that can stop methane from being produced.

According to Future Feed the mass use of seaweed in cattle feed would be hugely significant in reducing emissions globally.

"If 10 percent of the livestock producers added one percent of Asparagopsis seaweed meal to the daily feed intake of ruminant livestock, it is like removing 100 million cars off the road," the organization said on their website.