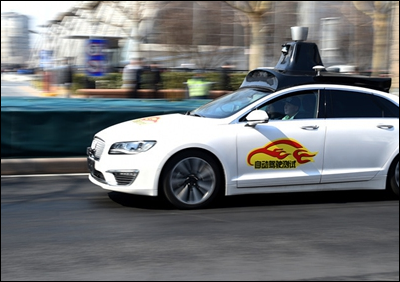 A fleet of dozens of L4-class autonomous driving cars, named RoboTaxi, was introduced to roads in a 144 square kilometer area in the city.

The Nissan pure electric vehicles are installed with WeRide's newest autonomous driving software and hardware. They are consistent with other taxi cabs owned by the Guangzhou Baiyun Taxi Group in appearance and use the same taxi meters.

WeRide teamed up with the largest taxi company in south China in August to launch the self-driving taxi business.

Passengers can order a taxi via the WeRide-developed app "WeRideGo." Dozens of people booked rides on Thursday.

Founded in 2017 in Guangzhou, WeRide completed Round A financing in October 2018 with investment led by Alliance RNM, a Renault-Nissan-Mitsubishi alliance.