TECH Self-driving tractors are now a reality in China

Self-driving tractors are now a reality in China 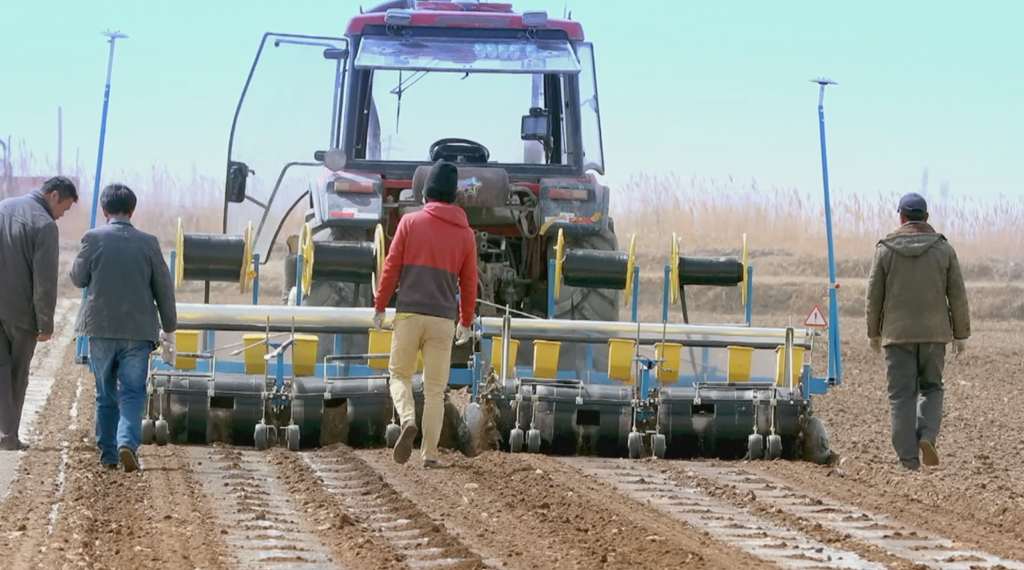 The self-driving tractor is now in mass production, helping farmers in China and across the world become more efficient with their agricultural output. (Photo: CGTN)

Self-driving tractors are now being used in farms across China. This is only one example of the latest tech innovations by the China BeiDou Satellite Navigation System (BDS) that were released in Beijing on Saturday during a conference on satellite navigation.

"By adopting BeiDou technology, tractors can operate in a field along not just one straight route, but other routes like a curve or a circle," said Zhou Yiwei, a sale manager at the precision agriculture department of UniStrong, a company that sells products and services connected to the Beidou system.

What's more, the autonomous tractor has already gone beyond Chinese borders. "It has been successfully tested in many other countries such as Tunisia, Russia, and Japan," said Shen Jun, a chief scientist with UniStrong.

China completed its BDS-3 at the end of last year, intending to provide services not just for the country and region but the whole world.

Globally, it has the potential to provide a position accuracy of 10 meters.

In the future, it will step up further to provide services related to messaging and search and rescue operations.

Meanwhile, BeiDou is also building a ground-based enhancement system, which aims to improve high-precision positioning services that could provide a position accuracy of mere centimeters.

Professor Deng Zhongliang has been working on indoor positioning for decades in the field of Internet of Things (IoT). He believes BeiDou has the potential to refine the focus even further.

"In the time of Internet of everything, from a pencil to a cup, they may all be connected," Deng said. "Our goal is to tell the position of IoTs as precisely as it could be."

China is working with its global partners, such as Russia and the U.S., on system compatibility and interoperability to ensure users can enjoy reliable service no matter where they are.

High-precision BeiDou products are now being exported to more than one hundred countries.

China is looking further to improve the BeiDou system with the launch of up to eight satellites by the end of this year, all in line to build a comprehensive positioning service by 2035.