Several US and Chinese technology firms have developed highly sophisticated software for autonomous long-haul trucks that can carry tons of freight cross-country and operate with only the assistance of a human driver. 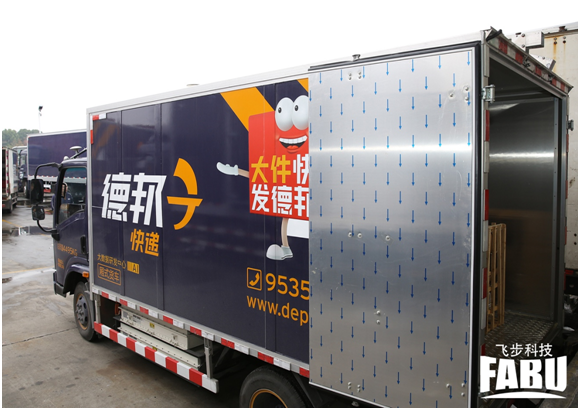 One such company, TuSimple, founded in 2015 by Xiaodi Hou, its president and chief technology officer, is valued at $1 billion. It operates self-driving trucks out of Tucson, Arizona, its backers including the United States Postal Service, the Chinese technology firm Sina, owner of Weibo, and the US chipmaker Nvidia. It is developing a commercial-ready, fully autonomous driving solution.

Robert Brown, director of public affairs for TuSimple, said: "We believe that autonomous and long-haul truck drivers will work in collaboration for many years to come. There are more goods being shipped than ever before, and the trucking industry is the backbone of that economy.

"Autonomous driving can help make our roads safer because a TuSimple truck can see more and react 15 times faster than a human. TuSimple trucks are able to see and react faster because on average the trucks have 10 cameras, five radars and two lidars that enable the truck to see all around the vehicle."

The autonomy of vehicles is ranked on a scale from 0 to 5, zero meaning no autonomy. Levels 5 and 4 signify complete autonomy, meaning the vehicle may not have a steering wheel or pedals or a need for human intervention. Most are now operating at level 3, which allows the automated system to operate with a driver ready to assist.

However, the company Plus.ai, which has research and development centers in Beijing, Shanghai and Suzhou and specializes in self-driving truck technology, said one of its vehicles had traveled 4,500 kilometers from Tulare, California, to Quakertown, Pennsylvania, carrying 18 tons of butter in December.

It was the first-ever coast-to-coast trip by a level 4 self-driving truck with a refrigerated trailer. Additionally, last year China Post and Deppon Express in China began delivering packages with self-driving trucks made by Fabu technology.

To drive a commercial truck in the US, federal law requires drivers to be at least 21. A high school diploma is not required but a Class A commercial driver's license is. The average annual base salary for a trucker in the US is $59,730, according to Indeed.com.

In 2018 a 60,000-trucker shortage in the US was expected to double over the next decade because drivers were typically aged 55 and above and because of a lack of women or younger men to replace them.

Brown suggested the use of autonomous big rigs could help because the US trucking industry needs to recruit 1.1 million new drivers by 2030.

But the sophisticated, 21-meter-long trucks that can drive from a depot onto a highway with the help of an advanced computer on board will not immediately eradicate jobs for America's 1.8 million truck drivers, people in the industry say.

"We're not going driverless tomorrow, not five, not probably in 50 years out," Chris Spear, American Trucking Associations president and chief executive, told a congressional hearing in June. "You're going to have drivers in trucks for a long time."

Long-haul truck driving has been described as the most dangerous job in the US after the US Bureau of Labor Statistics reported that of 5,250 fatal work injuries in 2018, heavy and tractor-trailer truck drivers had the most fatalities, with 831. Truck drivers can also suffer from stress.

"TuSimple trucks don't get tired, distracted or need to rush anywhere," Brown said. "Instead the technology is developed to drive the steadiest and safest path possible."

However, heavy autonomous trucks do raise safety concerns. At present there are no liability laws that allow a person injured by a self-driving truck to sue the vehicle's maker.

Peter Kirdock, general counsel for the group Advocates for Highway and Auto Safety, an alliance of consumer, medical and insurance groups, said: "We have significant safety concerns with the current state of autonomous vehicle technology … those concerns are heightened even more when you're talking about a truck that can weigh over 80,000 pounds."

A survey of 35,000 consumers of driving age from 20 countries issued by Deloitte recently found that 68 percent of Americans are concerned about sharing the road with autonomous trucks.

Autonomous truck companies say the vehicles will have a positive impact on the environment and save at least 10 to 40 percent on fuel. At present the trucking industry in the US, the European Union and China combined uses 17 million barrels of oil a day, about one-fifth of global oil demand, the International Energy Agency says.

Shaun Kildare, research director for the Advocates, said: "I don't know if they have come up with a solution on how an autonomous truck is going to top off its oil, check off its tires, secure the loads. …There's a lot of things that go into trucks besides literally sitting behind that wheel. I don't see the advancements that we're seeing right now getting rid of those (human truck driver) jobs immediately … even if there is some type of autonomous system installed in the vehicle."