TECH Shanghai ahead in average per capita consumption online

Shanghai ahead in average per capita consumption online

Shanghai again topped other domestic cities in terms of the average consumption per capita on Alibaba's digital retail, online to offline and digital entertainment platforms over the past year, according to a survey released on Wednesday. 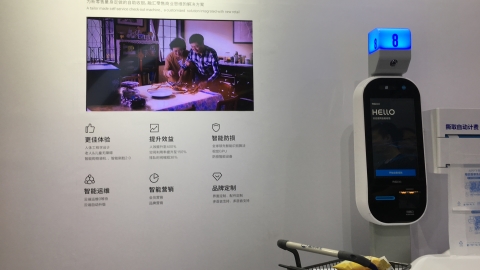 It provided fresh evidence that digital is driving consumption across a wide range of areas as consumers are embracing new channels for quality goods and innovative services.

Online retailing in China exceeded 9 trillion yuan ($1.32 trillion) in 2018, according to the National Bureau of Statistics, and the digital economy has become an indispensable part for not only physical goods but daily services as well.

The e-commerce giant is also driving integrated development in the Yangtze River delta region by introducing new technology offerings across the region and allowing businesses to enhance efficiency and drive synergies between different commercial organizations.

On the annual Singles Day shopping spree on November 11, as many as 237 merchants on Tmall saw transaction exceed 100 million yuan, climbing 42 percent from a year ago.

Digital consumption from residents in the Yangtze River Delta region contributed to nearly 40 percent of total spending in the country.

US research firm eMarketer said in a report earlier this month that China is set to overtake the US as the largest retail market in 2019 as it reaches $5.64 trillion. The growth rate will exceed that of the US through 2022, thanks to more than 30 percent annual increase in the e-commerce sector.

As many as 35 percent of China’s retail sales will occur online this year, the highest proportion in the world, and the country will contribute 63 percent of global online transactions by 2022.