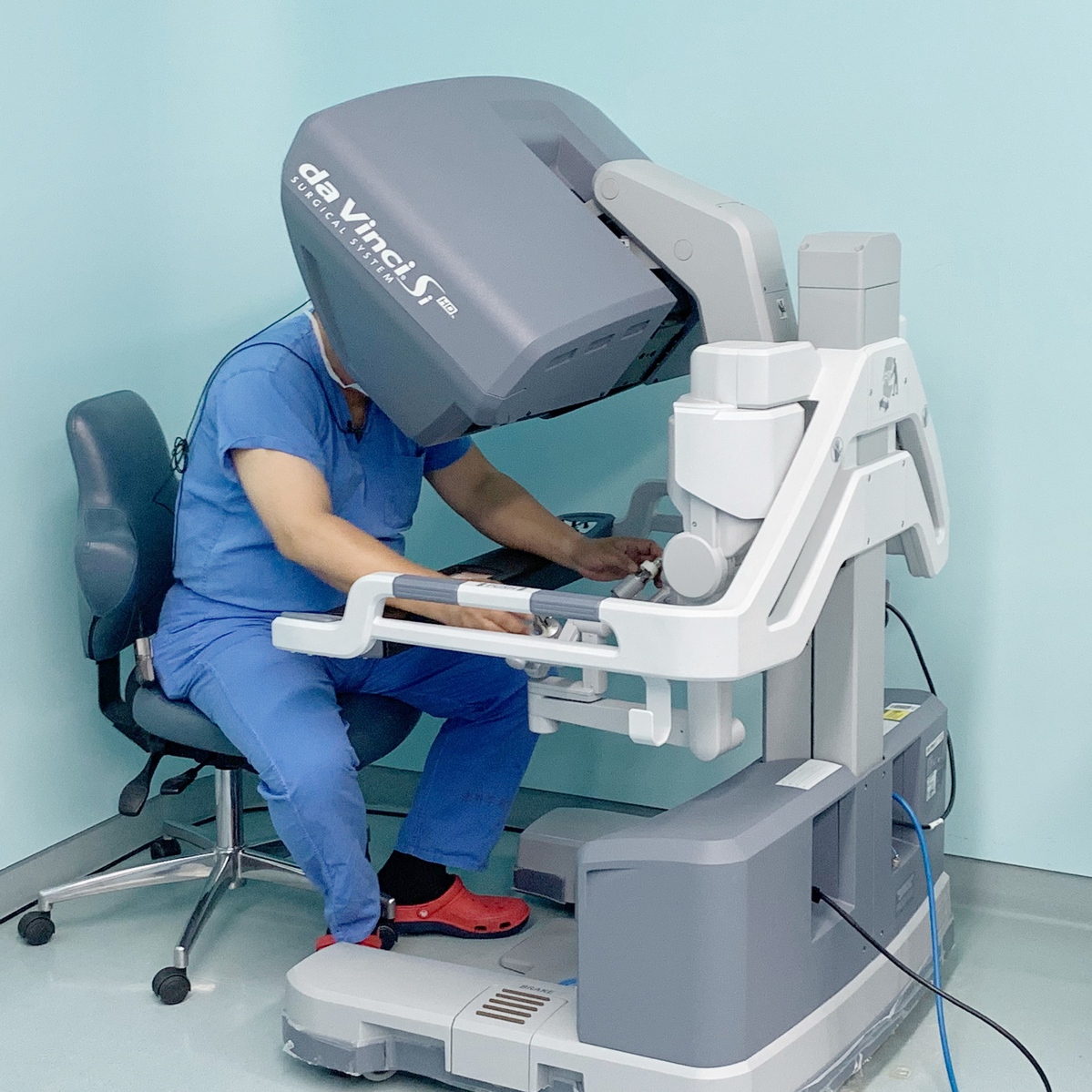 A major hospital in Shanghai aired the country's first live 5G broadcast of a surgery on an intestinal cancer patient using the Da Vinci Robotics System on Thursday in the latest effort to promote integrated medical development in the Yangtze River Delta region.

The live broadcast from Renji Hospital, affiliated with the Shanghai Jiao Tong University School of Medicine, allowed dozens of doctors in its branch in Ningbo city, Zhejiang province－160 kilometers from the eastern municipality－and their peers in the Shanghai hospital to simultaneously observe each step during the 90-minute surgery with high resolution. It was just like being the surgeon in the operating room.

The Da Vinci system is an advanced robotic system designed to facilitate complex surgery using a minimally invasive approach that is controlled by a surgeon from a console.

The patient was a 65-year-old woman suffering from a tumor in her intestinal tract 5 centimeters away from the anus. The degree of difficulty for the surgery was high because the pelvis narrows in the lower regions, Min Jianying, deputy Party secretary of the hospital, said while watching the live broadcast of the surgery.

The operation was performed by Zhong Ming, deputy director of the hospital's gastrointestinal department, and broadcast to a demonstration classroom in the Shanghai hospital.

The hospital's Ningbo branch, which was established as an extension of Shanghai's high-quality medical resources in the Yangtze River Delta region, was put into operation in March. But Zhong, who works in both hospitals, soon found that the doctors in Ningbo did not have enough opportunities to observe complex cases and master corresponding techniques.

The hospital came up with the idea to air a live broadcast of a surgery with the Da Vinci system.

"It enabled doctors in Zhejiang to clearly observe the complete operation with a broader view and more precise zooming into a specific area during the surgery," Min said. "The doctors can see clearly how Zhong operated on the blood vessels and nerves."

Zhong said that in the past they had attempted to use other technologies, including 3D glasses and virtual reality, during such broadcasts, but none offered the required visual sharpness and smoothness.

"The 5G network helps the medical circle solve the problem of data transmission of such robot-assisted surgeries," he said.

The incidence rate of intestinal cancer is around 60 out of 100,000 in the Yangtze River Delta region and has been rising, doctors said.

"Such live broadcasts are beneficial for young doctors throughout the region to learn the most advanced technology and further standardize surgical treatment, extending benefits to more patients," said Zhang Jidong, vice-president of Renji Hospital.

Zhong Guibin, a doctor from the Ningbo branch of Renji Hospital, said that this was the first time he had viewed a surgery with Da Vinci Robotics System, and it was impressive.

"Maybe one day, I'll be able to watch a live broadcast of a surgery in Shanghai through my phone with 5G network," he said.