TECH Shanghai home to over 68,000 5G base stations

China's financial hub Shanghai has built over 68,000 5G base stations so far, with all its 16 administrative regions covered by the 5G network, local authorities said on Wednesday. 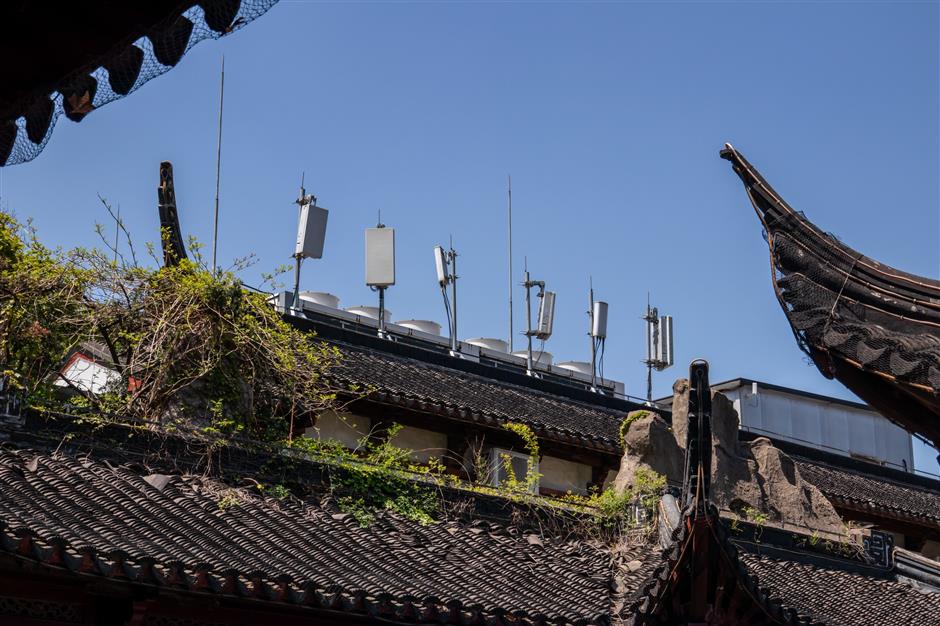 5G stations on the roof of Yuyuan Garden Shopping Mall in Shanghai in 2021. (Photo: Imaginechina)

As of the end of September, Shanghai had taken the lead nationwide this year in terms of the major indicators of its 5G network capacity, according to data released by the Ministry of Industry and Information Technology.

Notably, the city's airports, train stations and subway routes have achieved full coverage of 5G signals, while over 95 percent of its third-grade hospitals enjoy 5G coverage.

Third-grade hospitals rank at the top of China's three-tier hospital grading system. They have the most hospital beds and provide comprehensive medical services.