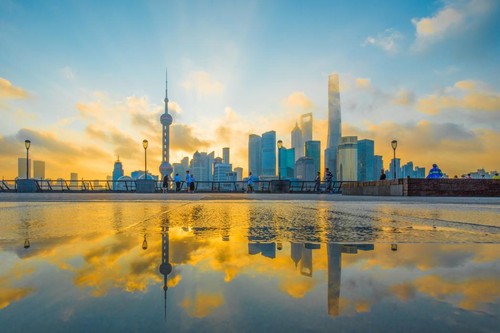 Shanghai is striving to build itself into an artificial intelligence (AI) hub as the city explores further AI application scenarios.

Last December, the city took the lead in issuing an implementation plan on the construction of AI application scenarios in key areas such as education, healthcare, manufacturing and urban management.

For the first batch of scenarios launched in the plan, Shanghai received more than 170 solutions from around the world. The city introduced its second batch this July, collecting 28 solutions from international enterprises.

According to statistics, the metropolis has attracted over 1,000 core AI enterprises and more than 3,000 AI-related companies, with about 100,000 employees in the sector.

International tech behemoths including Microsoft and IBM, domestic internet giants such as Baidu, Alibaba and Tencent, Shanghai-based AI enterprises including YITU, alongside more startups, are injecting impetus into the city’s AI industry.

Shanghai has also set up special funds for AI development. In 2018, the city funded 83 projects, and financing in AI-related sectors surpassed 60 billion yuan.