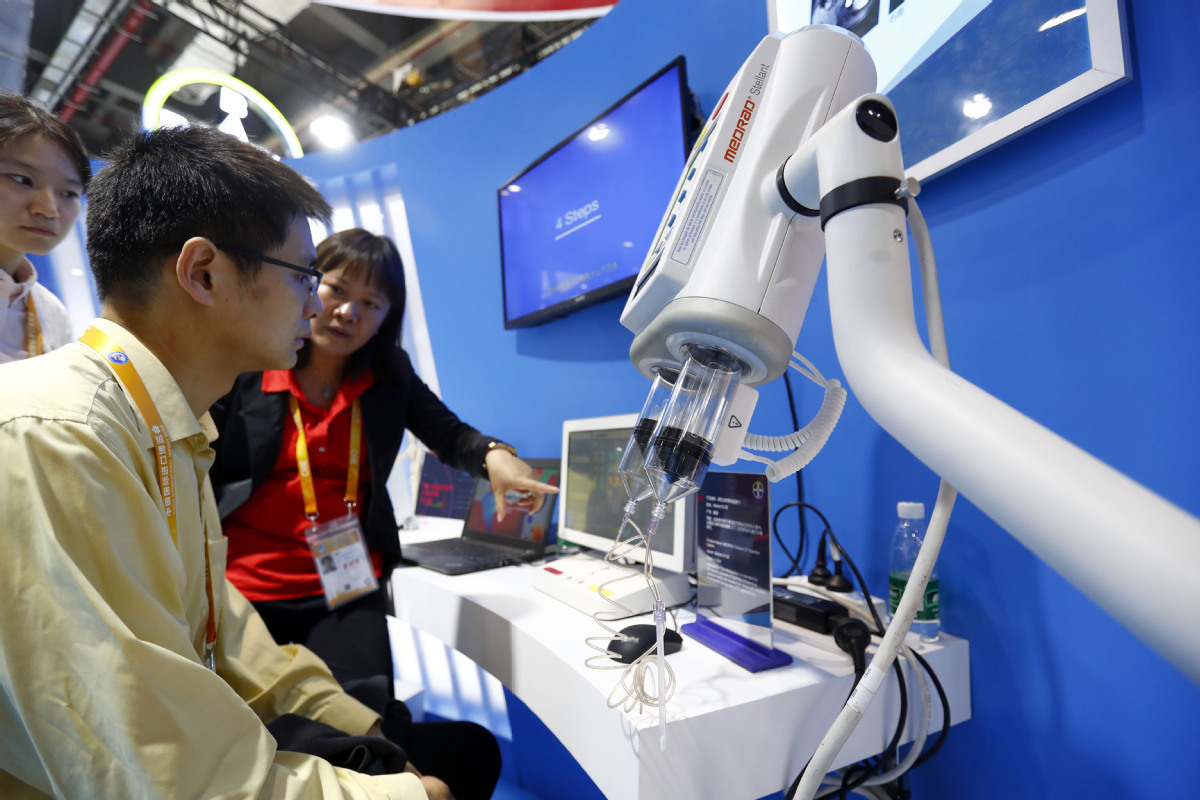 Shanghai's total research and development expenditure accounted for 4 percent of the city's GDP last year, and the investments in this area will continue in the new year so that the city can sustain its efforts in becoming a scientific and technological hub with global influence, Shanghai mayor Ying Yong said.

Ying, who was delivering the Report on the Work of the Government at the annual meeting of the Shanghai Municipal People's Congress on Wednesday, also said that the number of invention patents per 10,000 people in the city has increased to 53.5, and new industries, business formats and business models have maintained a fast growth momentum.

He added that the city has forged ahead with institutional reforms in developing science and technology. Plans regarding the development of integrated circuit, artificial intelligence and biomedicine in the city have been drawn up at the national level, and policy measures concerning smart city and digital economy have been formulated and implemented.

Last year, Shanghai completed the construction and launch of big science facilities, such as super-intense and ultra-short laser system and translational medicine infrastructure. The construction of other major projects, including the seabed observation network and high-efficiency low-carbon gas turbine experimentation facilities, had also commenced.

A series of new R&D institutes were also inaugurated to support the city's innovation capabilities. These institutes include the Shanghai Research Center for Quantum Sciences, the International Innovation Center of Tsinghua University Shanghai, the Fudan University Human Phenome Institute and the China-Israel Innovation Hub.

Statistics from the Shanghai Science and Technology Commission show that Shanghai scientists published a total of 87 papers in top international scientific journals such as Science, Nature and Cell last year, accounting for 28.4 percent of the national total. The commission said that this demonstrates the city's increasing strength in basic research in strategic technological areas such as health, materials and security.