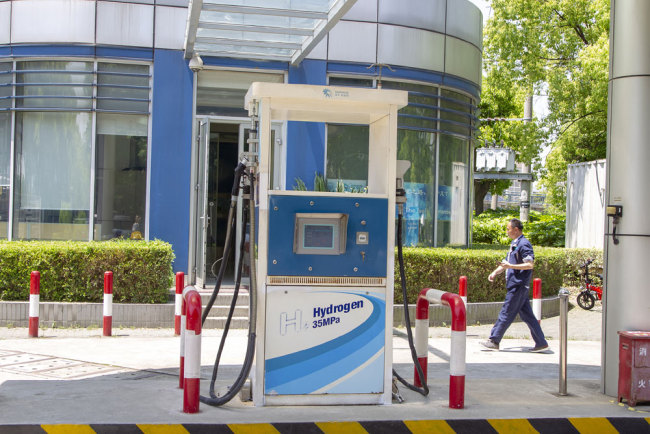 Shanghai unveiled Wednesday a mega hydrogen station that can charge a car within only three minutes and is able to power hundreds of vehicles per day.

The 8,000-square-meter station can supply over 2 tonnes of hydrogen each day. It is located at an industrial park in Shanghai which supplies part of the hydrogen in the station.

Hydrogen is an industrial byproduct in many of the plants in the park. Through purification and compression, it can be transported to the station for storage, according to Lu Bingbing, general manager of Shanghai Hydrogen Propulsion Technology Co., Ltd., one of the constructors.

The mega-station also supplies hydrogen to other smaller stations in a radius of around 50 km to 100 km, Lu said.

The Society of Automotive Engineers of China drew up a development plan for hydrogen fuel cell vehicles in the Yangtze River Delta late last month.