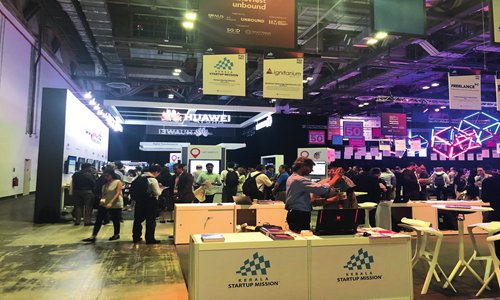 A view of the Huawei stand during the Innovfest Unbound tech show held in Singapore from Thursday to Friday (Photo: Global Times)