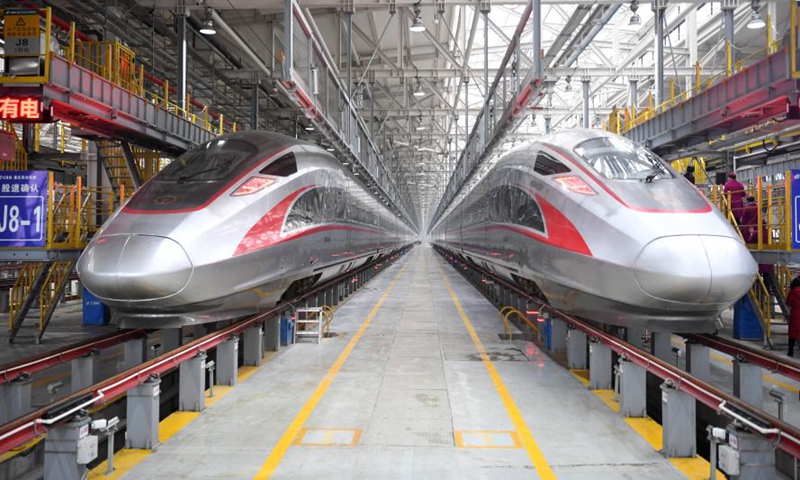 Smart trains have been running in Beijing-Zhangjiakou high-speed railway line in Beijing since end 2019.

"Self-driving" also includes the supervision of human drivers, which is one of the biggest highlights of the automotive.

According to the pre-planned operation guidance from a ground dispatching center, the train can accurately depart, accelerate, de-celerate, automatically operate between the stations, stop at the arrival point while drivers only need to focus on any emergency response.

The interior and carriage service facilities in the new Fuxing bullet trains are also upgraded. When entering the tunnel, the train can intelligently control the pressure inside the carriage and adjust the lights and windows colors if needed.