BEIJING, July 26 (Xinhua) -- Sorting garbage on Earth will be easier thanks to a helping hand from a robotic arm in space. 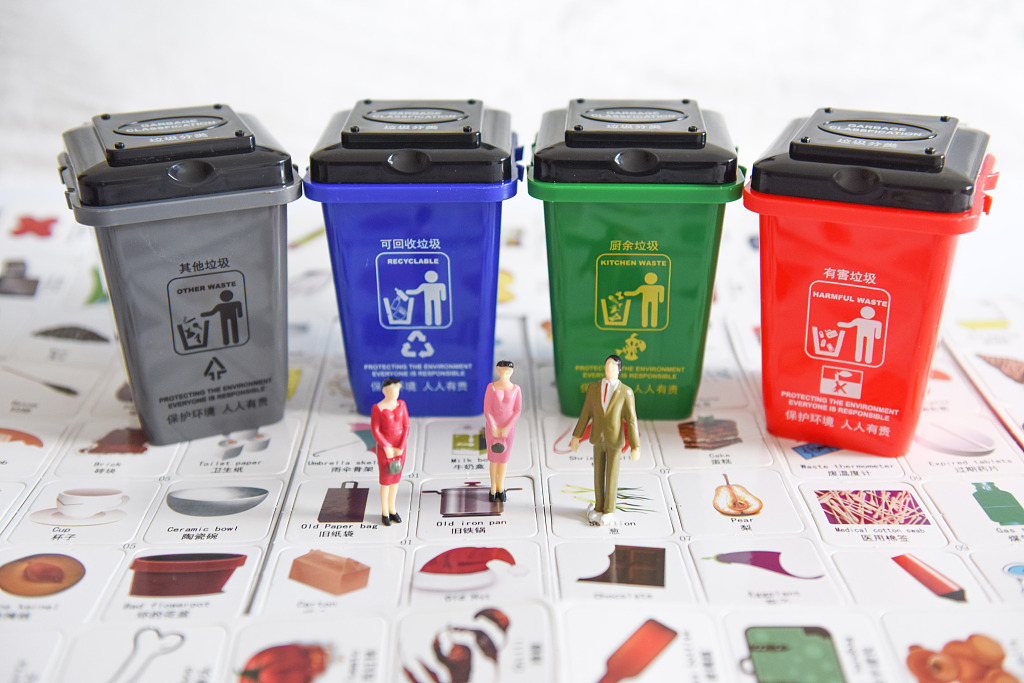 Chinese scientists have developed a robotic arm for garbage collecting and separating, which was originally created for space missions and was first launched by China's Long March-7 rocket in 2016.

The arm, designed and built by the China Academy of Launch Vehicle Technology (CALT), a developer of the country's rockets, has been tested to remove space debris, including rocket emissions and fragments from disintegration, erosion and collision.

There are billions of pieces of millimeter-sized debris around Earth, which require precise capture and disposal that could be provided by the robotic arm.

It turns out that the high precision achieved in space is also very useful for sorting household garbage on Earth. Scientists from the CALT, using space and artificial intelligence technologies, have upgraded the arm into a high-efficient garbage sorting tool.

The robot has learned to sort garbage by scanning waste items with a visual identification system. In experiments, it can quickly identify and sort all types of household garbage.

According to scientists, it has an accuracy of more than 94 percent, which is comparable to manual sorting. Even if a target is covered by as much as 30 percent by other items, the robot can also identify and sort it accurately.

The robot can be equipped with up to 30 arms working at the same time. With one camera and four robots, the technology could sort 300 tonnes of garbage a day.

"It enables humans to say goodbye to dirty garbage sorting work," said a staff member of the program.

China has been promoting garbage sorting to improve the living environment and contribute to green and sustainable development. By the end of 2020, garbage sorting systems will have been built in 46 major Chinese cities.

The robotic arms can also be used to sort packages for delivery, food, drug and agricultural products, according to the CALT.