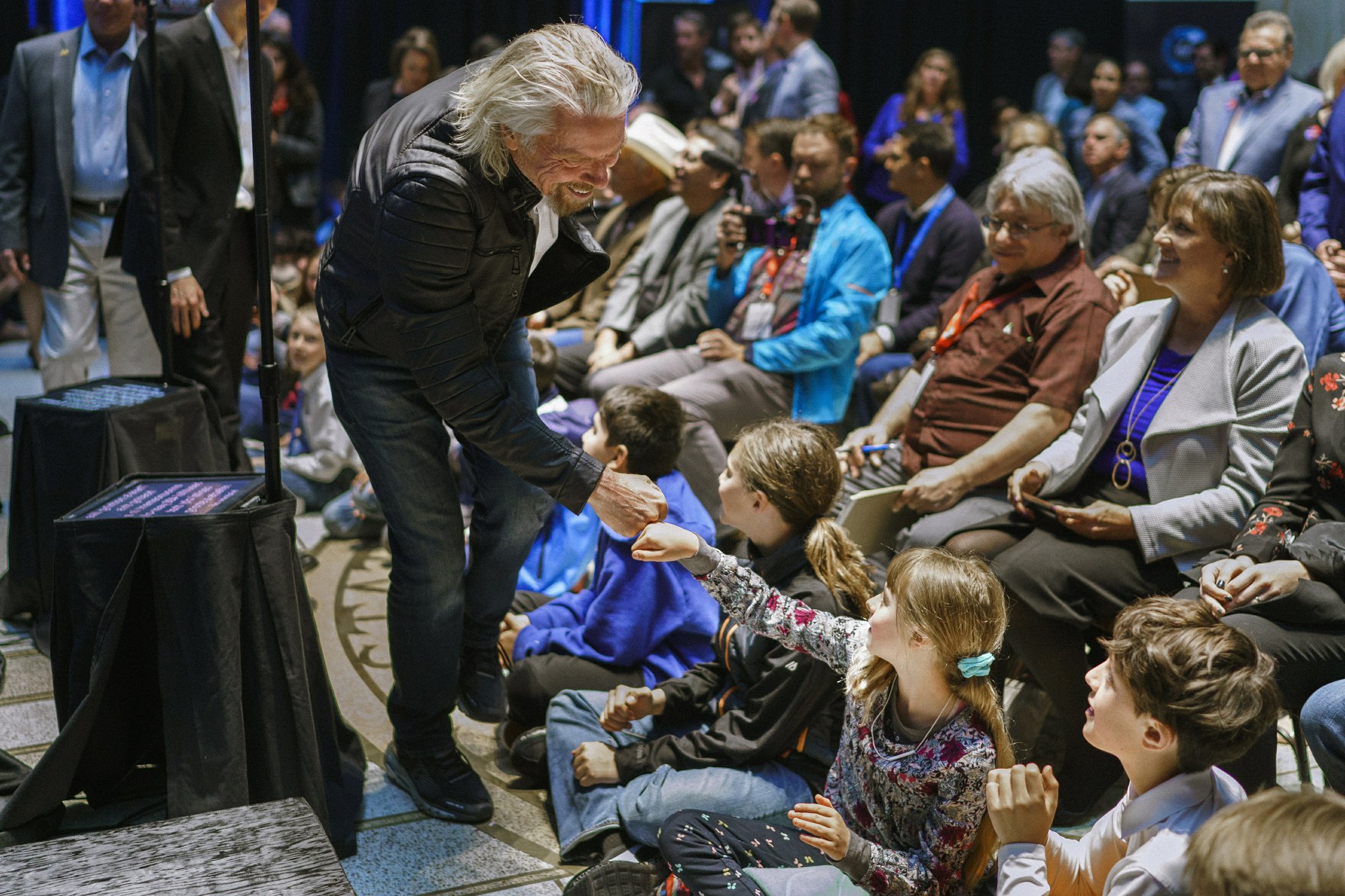 Branson said Friday at a news conference that Virgin Galactic’s development and testing program has advanced enough to make the move to the custom-tailored hangar and runway at the taxpayer-financed Spaceport America facility near the town of Truth or Consequences.

Virgin Galactic CEO George Whitesides said a small number of flight tests are pending. He declined to set a specific deadline for the first commercial flight.

An interior cabin for the company’s space rocket is being tested, and pilots and engineers are among the employees relocating from California to New Mexico. The move to New Mexico puts the company in the “home stretch,” Whitesides said.

The manufacturing of the space vehicles by a sister enterprise, The Spaceship Company, will remain based in the community of Mojave, California.

Taxpayers invested over $200 million in Spaceport America after Branson and then-Gov. Bill Richardson, a Democrat, pitched the plan for the facility, with Virgin Galactic as the anchor tenant.

Virgin Galactic’s spaceship development has taken far longer than expected and had a major setback when the company’s first experimental craft broke apart during a 2014 test flight, killing the co-pilot.

Branson thanked New Mexico politicians and residents for their patience over the past decade. He said he believes space tourism — once aloft — is likely to bring about profound change.

“Our future success as a species rests on the planetary perspective,” Branson said. “The perspective that we know comes sharply into focus when that planet is viewed from the black sky of space.”

Branson described a vision of hotels in space and a network of spaceports allowing supersonic, transcontinental travel anywhere on earth within a few hours. He indicated, however, that building financial viability comes first.

“We need the financial impetus to be able to do all that,” he said. “If the space program is successful as I think ... then the sky is the limit.”

In February, a new version of Virgin Galactic’s winged craft SpaceShipTwo soared at three times the speed of sound to an altitude of nearly 56 miles (99 kilometers) in a test flight over Southern California, as a crew member soaked in the experience.

On Friday, that crew member, Beth Moses, recounted her voyage into weightlessness and the visual spectacle of pitch-black space and the earth below.

“Everything is silent and still and you can unstrap and float about the cabin,” she said. “Pictures do not do the view from space justice. ... I will be able to see it forever.”

The company’s current spaceship doesn’t launch from the ground. It is carried under a special plane to an altitude of about 50,000 feet (15,240 meters) before detaching and igniting its rocket engine.

“Release is like freefall at an amusement park, except it keeps going,” Moses said. “And then the rocket motor lights. Before you know it, you’re supersonic.”

The craft coasts to the top of its climb before gradually descending to earth, stabilized by “feathering” technology in which twin tails rotate upward to increase drag on the way to a runway landing.

Branson previously has said he would like to make his first suborbital flight this year as one of the venture’s first passengers on the 50th anniversary of the Apollo 11 moon landing on July 20. But he made no mention of timelines on Friday.

Pressed on the timeframe, Whitesides said he anticipates the first commercial flight within a year.

Three people with future space-flight reservations were in the audience.

“They’ve been patient too,” Branson said. “Space is hard.”

Hundreds of potential customers have committed as much as $250,000 up front for rides in Virgin’s six-passenger rocket, which is about the size of an executive jet.

Space tourism has not been a complete novelty since millionaire US engineer Dennis Tito in 2001 paid $20 million to join a Russian space mission to the International Space Station. Branson’s goal has been to “democratize” space by opening travel up to more and more people.

The endeavor began in 2004 when Branson announced the founding of Virgin Galactic in the heady days after the flights of SpaceShipOne, the first privately financed manned spacecraft that made three flights into space.

Space sector analyst Adam Jonas, a managing director of equity research at Morgan Stanley, said Branson’s venture could have an outsized impact in the age of social media on how the public visualizes space as a domain for scientific and commercial exploration.

“You bring them back to earth and they explain what they saw — that’s a story, put through the velocity of social media, people want to hear,” he said. “Sometimes you need some distance to gain a perspective, seeing the earth from space, seeing how thin that layer of atmosphere is that protects us.”

Branson’s plans have gradually advanced amid a broader surge in private investment in space technology with cost-saving innovations in reusable rockets and microsatellite technology.

Amazon tycoon Jeff Bezos announced Thursday that his space company Blue Origin will send a robotic spaceship to the moon with aspirations for another ship that could bring people there along the same timeframe as NASA’s proposed 2024 return. Bezos has provided no details about launch dates.