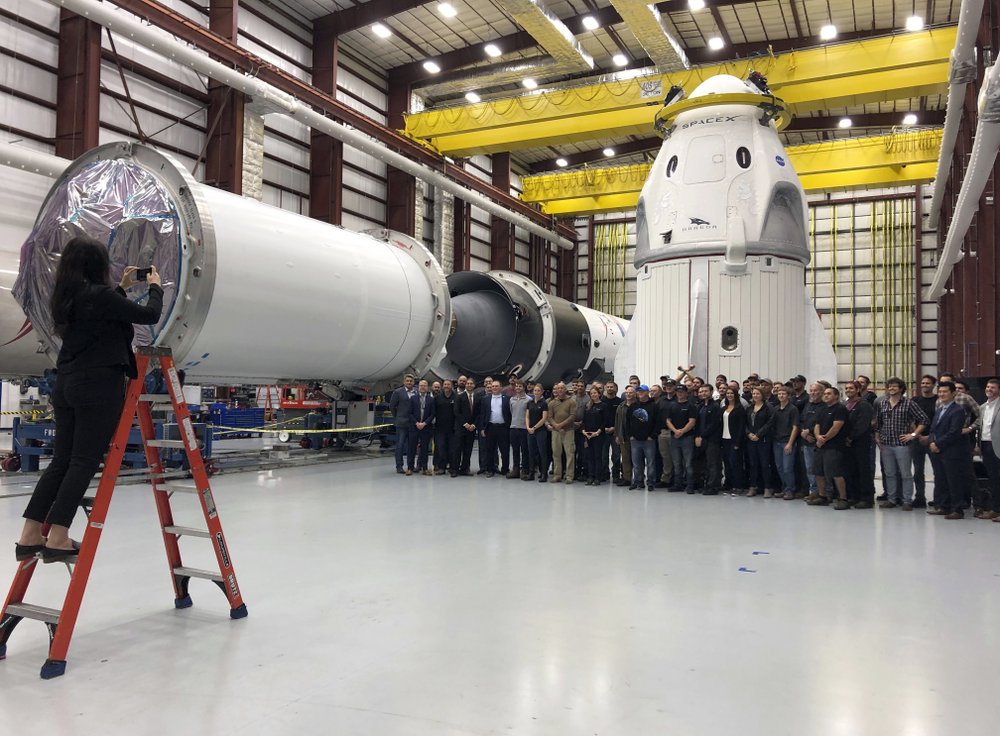 SpaceX employees gather for a group photo in front of the Dragon capsule at a SpaceX hangar in Cape Canaveral, Fla., Tuesday, Dec. 18, 2018. (Photo: AP)

WASHINGTON, Aug. 27 (Xinhua) -- The SpaceX Dragon cargo spacecraft has returned to Earth after being released from the International Space Station (ISS) on Tuesday, bringing multiple scientific samples and gears.

The spacecraft left the space station at 10:59 a.m. American Eastern Time, starting its nearly 6-hour journey home. It splashed down in the Pacific Ocean at 4:21 p.m. American Eastern Time, approximately 300 miles (483 kilometers) southwest of Long Beach, California, according to U.S. space agency NASA. A recovery ship is expected to retrieve the capsule from the sea.

SpaceX, NASA's cargo provider, launched the spacecraft on July 25, packed with about 2,268 kg of research, crew supplies and vehicle hardware, in a resupply mission to the ISS.

The spacecraft carried over 1,200 kg of experimental materials and other cargo back from the space station.

Among them is an investigation seeking Alzheimer's understanding in microgravity. It assessed whether microgravity affects formation of amyloid fibrils, which could represent a possible risk to astronauts on long flights.

Another experiment back home tested the transfer of fluids from a rigid tank to a flexible tank made from silicone elastomer, which can launch compressed and deploy as it fills. Such a capability would make it possible to fuel small satellites in orbit rather than prior to launch, potentially saving launch mass and volume.

Dragon does not burn up on reentry and so is best suited to ferrying material that needs examination, not disposal.