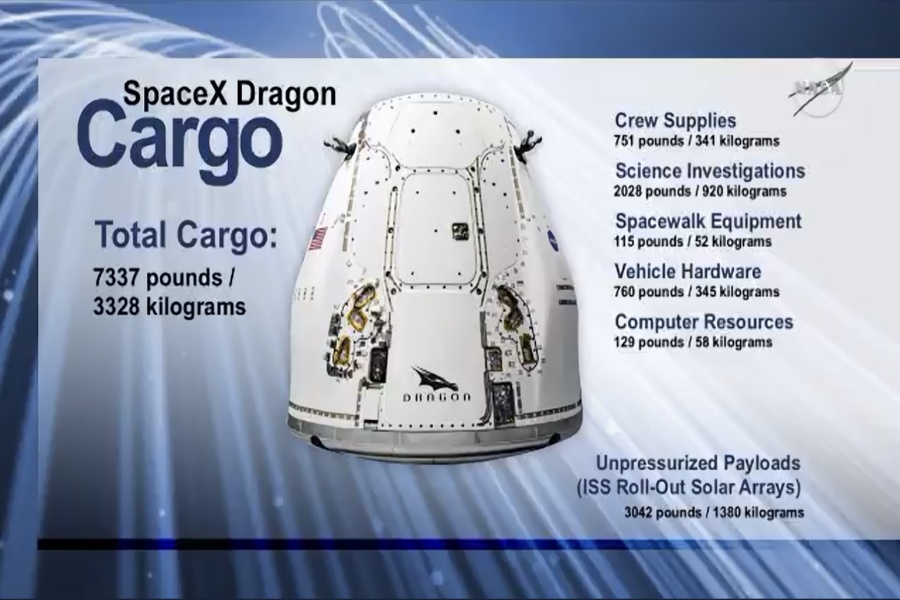 The spacecraft autonomously docked to the space-facing side of the ISS Harmony module at 5:09 am US Eastern Daylight Time.

The resupply mission delivers new ISS Roll-out Solar Arrays to the space station in the trunk of the Dragon spacecraft. The space station's robotic Canadarm2 will extract the arrays and astronauts will install them during spacewalks planned for June 16 and 20, according to NASA.

The cargo Dragon was launched from NASA's Kennedy Space Center in Florida on Thursday. After about one month attached to the space station, the spacecraft will return to Earth with cargo and research.