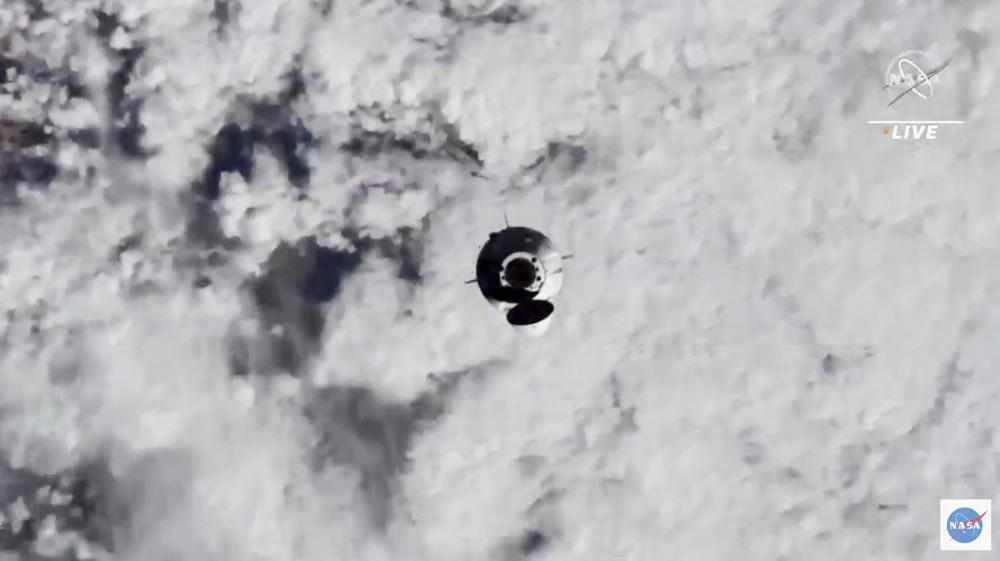 In this image from video made available by NASA, astronauts in the SpaceX Dragon capsule approach the International Space Station on Thursday, Nov. 11, 2021. (NASA via AP)

A SpaceX capsule carrying four astronauts pulled up Thursday at the International Space Station, their new home until spring.

It took 21 hours for the flight from NASA’s Kennedy Space Center to the glittering outpost.

The one German and three U.S. astronauts said it was an emotional moment when they first spotted the space station 20 miles (30 kilometers) distant — “a pretty glorious sight,” according to Raja Chari, commander of the Dragon capsule. 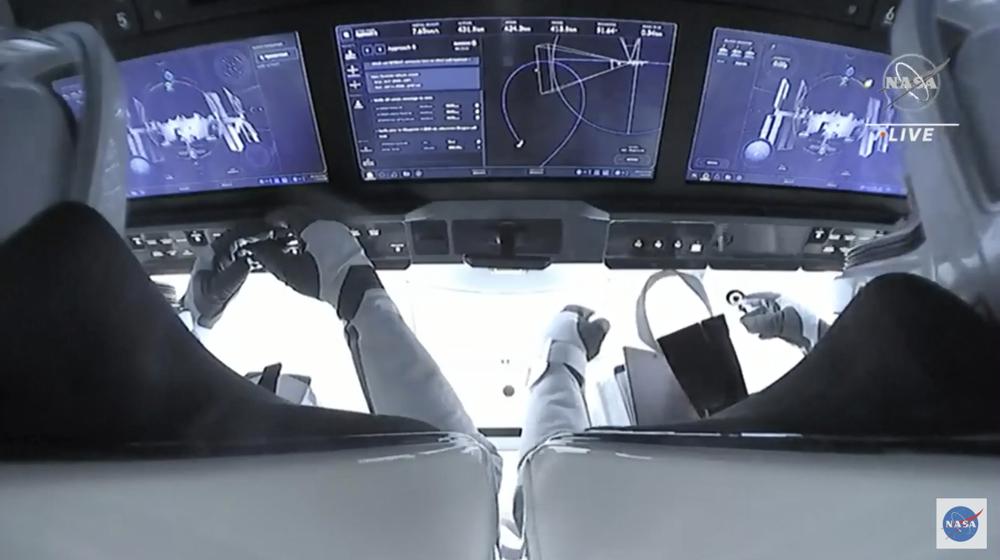 In this image from video made available by NASA, astronauts in the SpaceX Dragon capsule approach the International Space Station on Thursday, Nov. 11, 2021. (NASA via AP)

The Dragon’s entire flight was automated, with Chari and pilot Tom Marshburn monitoring the capsule systems, ready to take control if necessary. At one point, they reported what looked like a “gnarled knob” or possibly a small mechanical nut floating past their camera’s field of view, but SpaceX Mission Control said it posed no concern. The docking occurred 263 miles (423 kilometers) above the eastern Caribbean.

The station’s welcoming committee consisted of three astronauts instead of the originally planned seven. That’s because SpaceX returned four of the station residents on Monday, after the new arrivals’ launch kept getting delayed.

While Chari, Marshburn, Maurer and NASA astronaut Kayla Barron were adapting to weightlessness — all but Marshburn are space rookies — the previous crew was adjusting to life back on Earth. “Gravity sucks, but getting used to it slowly,” Japanese astronaut Akihoki Hoshide tweeted.

The new crew will spend the next six months at the space station and, during that time, host two groups of visiting tourists. Russia will launch the first bunch in December and SpaceX the second in February.