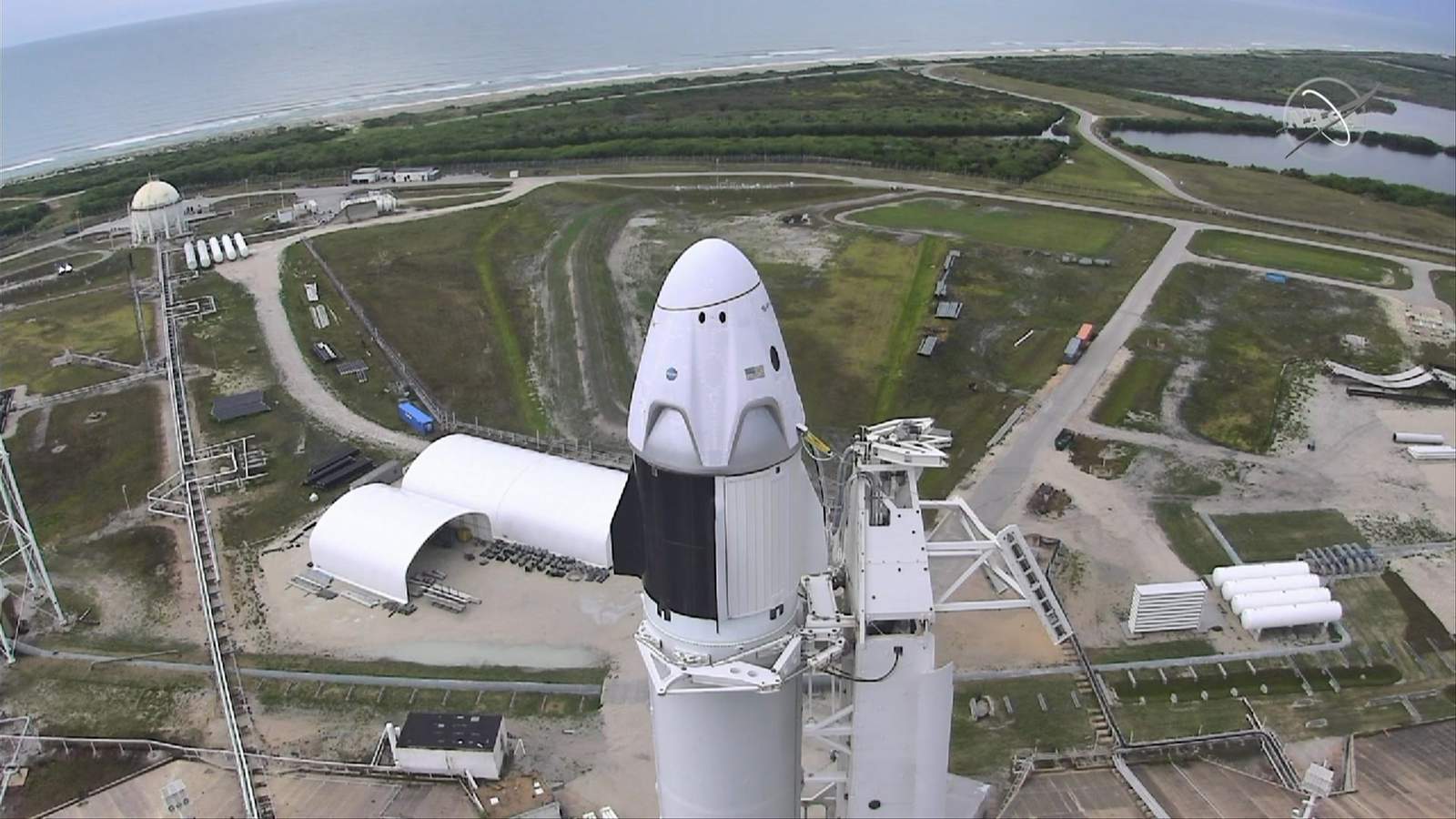 SpaceX's historic first crewed mission to the International Space Station was set to proceed as scheduled on Saturday, NASA said, although uncertainty remained over weather conditions.

"We are moving forward with launch today," NASA chief Jim Bridenstine said in a tweet. "Weather challenges remain with a 50 percent chance of cancellation."

Weather forced the postponement on Wednesday of what would have been the first launch of American astronauts from US soil in almost a decade, and the first crewed launch ever by a commercial company.

The Falcon 9 rocket with SpaceX's Crew Dragon capsule is scheduled to launch at 3:22 pm Eastern Time (1922 GMT) on Saturday.

The next window, which is determined by the relative positions of the launch site to the space station, is Sunday at 3:00 pm (1900 GMT), and fair weather is predicted.

NASA astronauts Bob Behnken, 49, and Douglas Hurley, 53, former military test pilots who joined the space agency in 2000, are to blast off for the ISS from historic Launch Pad 39A on a two-stage SpaceX Falcon 9 rocket.

The same launch pad was used by Neil Armstrong and his Apollo 11 crewmates on their historic 1969 journey to the Moon, as NASA seeks to revive excitement around human space exploration ahead of a planned return to Earth's satellite and then Mars.

The mission comes despite shutdowns caused by the coronavirus pandemic, with the crew in quarantine for more than two weeks.

NASA has urged crowds to stay away from Cocoa Beach, the traditional viewing spot -- but that did not deter many space fans on Wednesday.

President Donald Trump, who flew in for the previous launch attempt, is expected to attend again.