TECH SpaceX, NASA tight-lipped on cause of crew capsule incident

SpaceX, NASA tight-lipped on cause of crew capsule incident 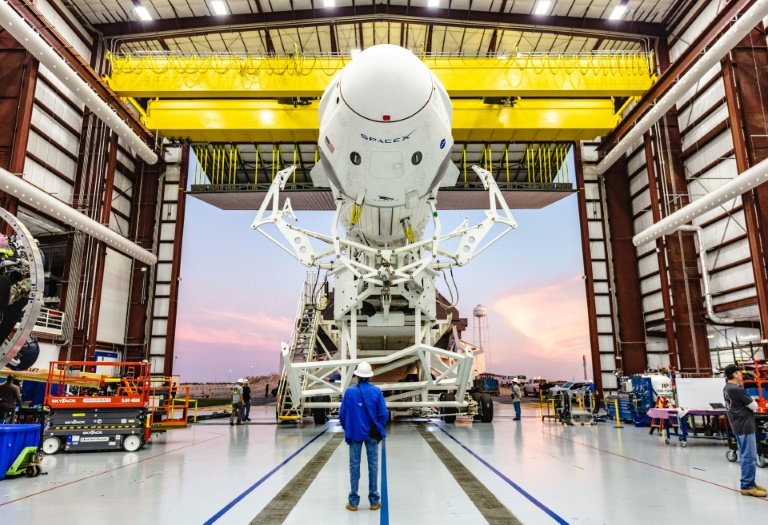 NASA and SpaceX remained tight-lipped Thursday about what caused a mysterious but apparently serious incident last weekend during engine tests on the Crew Dragon capsule designed to carry US astronauts to the International Space Station (ISS) later this year.

SpaceX said that an "anomaly" had occurred during Saturday's ground tests at Cape Canaveral in Florida.

A photo on the Florida Today website showed large amounts of smoke pouring out of the test site, prompting speculation about a possible explosion.

A video posted on Twitter showed an explosion. The video has not been authenticated, nor has SpaceX denied its veracity.

SpaceX has not issued any more details since its statement on Saturday, and NASA has referred any questions back to Elon Musk's company.

NASA's safety advisory panel did however mention the incident during a meeting on Thursday and confirmed it was the result of firing the space vehicle's SuperDraco engines.

Patricia Sanders, the panel's head, said that the "firing of eight SuperDracos resulted in an anomaly."

"The mishap did not result in an injury," she said during the meeting in Huntsville, Alabama. There were no personnel present at the ground test site when the incident occurred.

"SpaceX is leading the investigation with active NASA participation," she added, noting that the initial focus was on collecting data and securing the site.

"The investigation will take time before the root cause analysis is completed," Sanders said, without speculating as to what might be the impact of the incident on the eventual manned flight of the craft, which is set to take two astronauts into space before the end of 2019.

Another member of the safety panel, Sandra Magnus, called for patience from the press and public.

"We know that there's a lot of interest regarding the recent SpaceX mishap. We urge patience (to) allow the team to investigate," she said.

The Dragon capsule was successfully launched, without any crew on board, by SpaceX in March. It docked with the ISS and returned to Earth without incident.

In the coming months, the company is due to test the in-flight abort system.

Dragon's engines are designed to fire up very quickly if there is a problem with the rocket to allow the capsule to separate and save the crew inside it.

The capsule's return to Earth would be slowed down by parachutes before splashing down in the ocean.

Boeing is also developing a capsule for NASA for return trips to the ISS, but its first unmanned trip is not scheduled until August.