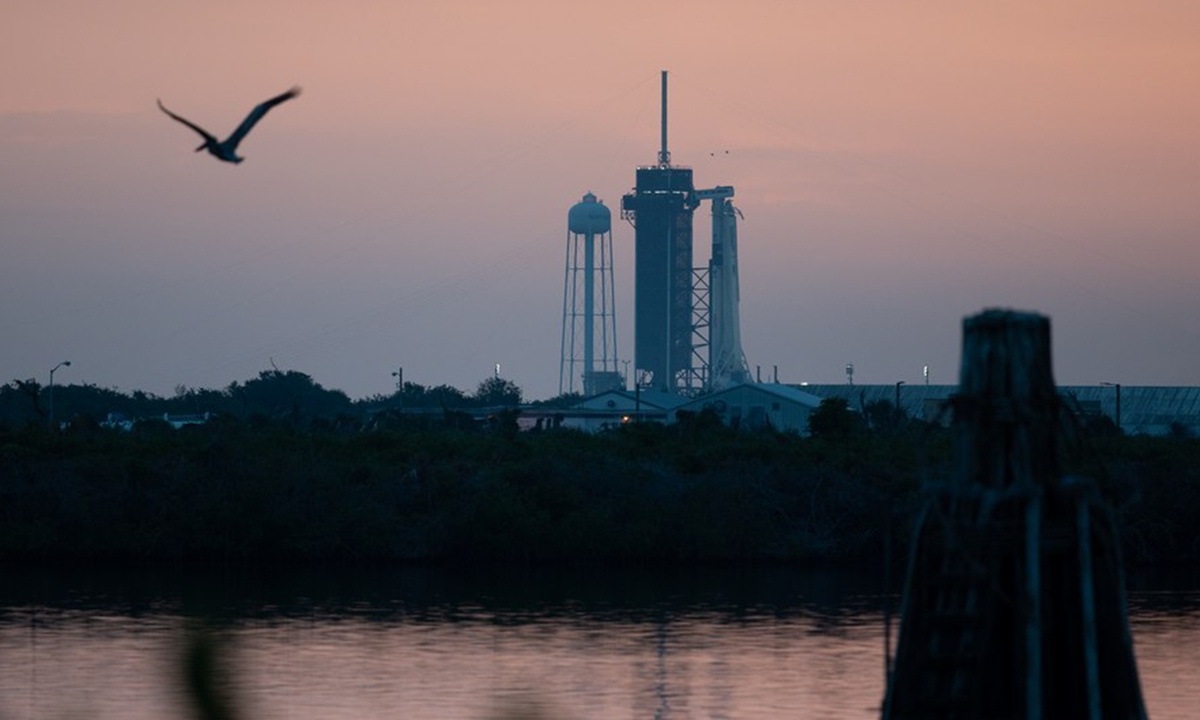 A SpaceX Falcon 9 rocket with Crew Dragon spacecraft onboard is seen on the launch pad at sunrise, at NASA's Kennedy Space Center in Florida, the United States, May 27, 2020. (Photo: Xinhua)

The launch of Crew Dragon, which was initially planned on 31 October, has been postponed till 14 November because SpaceX’s Falcon 9 rocket’s engines were found to be defective during the launch of the US new GPS satellite, SpaceX’s Vice President Hans Koenigsmann said on Thursday.

“It was caused by an early start behaviour of two on the engines, in this case, it was the engine one and engine two… We looked at the data and saw that the two engines attempted to start earlier and the order to abort prevented… a possible hard start,” Koenigsmann said.

He added that the company deposed the engines and sent them to Texas for testing to replicate the case and perform additional inspections if needed. The company announced that it would replace the faulty engines to carry four astronauts to the ISS.

The SpaceX Merlin engines, which are mounted on Falcon 9 rockets, were first designed in 2006 and can be reused.