SpaceX set to launch first satellites of its Internet network SpaceX is targeting Thursday night for the launch of 60 satellites into low-Earth orbit, the first of potentially thousands in its Starlink project to beam broadband Internet across the planet.

The launch, which was initially envisaged for Wednesday, was postponed because of high winds.

Billionaire Elon Musk's firm, which is leading the private space race when it comes to rocket launches, is now looking to seize a chunk of the future space Internet market.

The launch will make it an early forerunner, along with rival OneWeb, a startup, but well ahead of Amazon's Project Kuiper, the brainchild of Musk's space rival Jeff Bezos.

Musk is hoping to grab three to five percent of the future global market, a figure he shared Wednesday during a call with reporters.

That could earn SpaceX an eye-watering 30 billion U.S. dollars a year, more than ten times what rocket launches make, he added.

The goal is to finance the development of future rockets and spacecraft, to realize the boss's dream of colonizing Mars.

Each of the satellites weighs just 227 kilograms and was built in-house in Redmond, near Seattle.

The second stage of the rocket will begin to release them one hour after launch, at an altitude of 440 kilometers, and then the satellites will use their thrusters to take up their places in a relatively low orbit of 550 kilometers.

That's slightly higher than the International Space Station, but well below the majority of terrestrial satellites, the highest of which sit in a geostationary orbit of 36,000 kilometers.

The advantage of being so low is reduced lag times, key for broadband connectivity.

The disadvantage though is more satellites are required to cover the globe, and, being closer to the atmosphere, they fall back to earth faster, after a few years.

SpaceX will therefore have to replace them regularly – something that only became realistic from a price perspective recently with the rapid decline in the cost of manufacturing satellites and the development of mini-satellites. 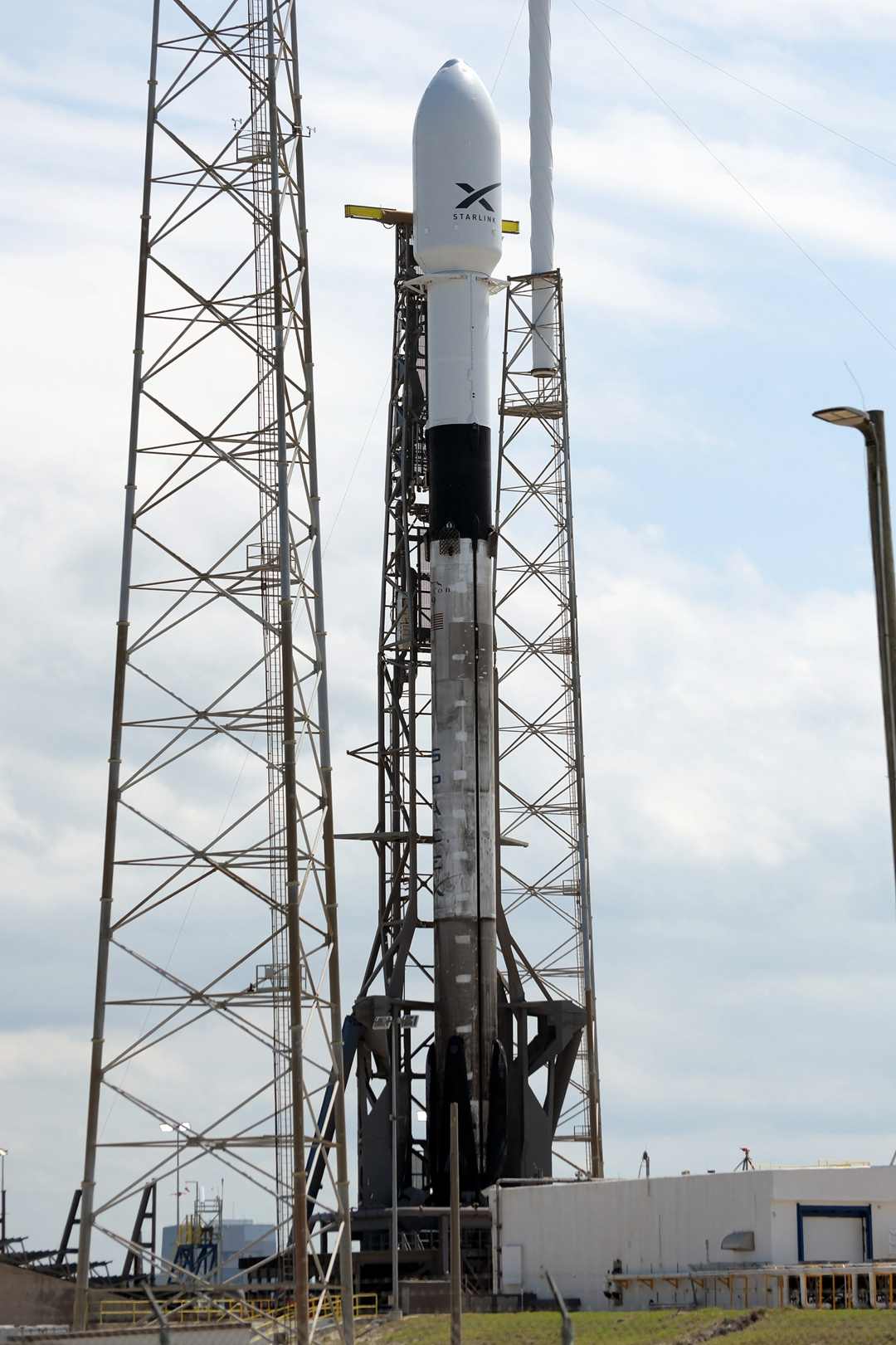 The SpaceX Falcon 9 rocket is prepared to launch the Starlink Satellites from Complex 40 at the Cape Canaveral Air Force Station, Florida, May 15, 2019. (Photo: VCG)

SpaceX has obtained approval from the U.S. government to launch up to 12,000 satellites, at varying levels of orbit, but Musk said Wednesday that a thousand would be enough for it to be "economically viable."

Starlink will become operational once 800 satellites have been activated, which will require a dozen more launches.

"I think within a year and a half, maybe two years, if things go well, SpaceX will probably have more satellites in orbit than all other satellites combined," said Musk.

Today there are about 2,100 active satellites orbiting our planet (and thousands of others that aren't operational any more).

In order to receive SpaceX Internet, users will need an antenna which "basically looks like a sort of a small to medium sized pizza," said Musk, adding it would be a "flat disc."

The company plans to team up with telecoms operators, but hasn't yet begun the process of finding clients, he said.

The satellites will be designed such that 95 percent will burn up as they fall back through the atmosphere, with the rest of the debris falling into the Pacific ocean.

Finally, to reduce the risk of striking other satellites, each piece of the constellation will be equipped with anti-collision technology, according to SpaceX.