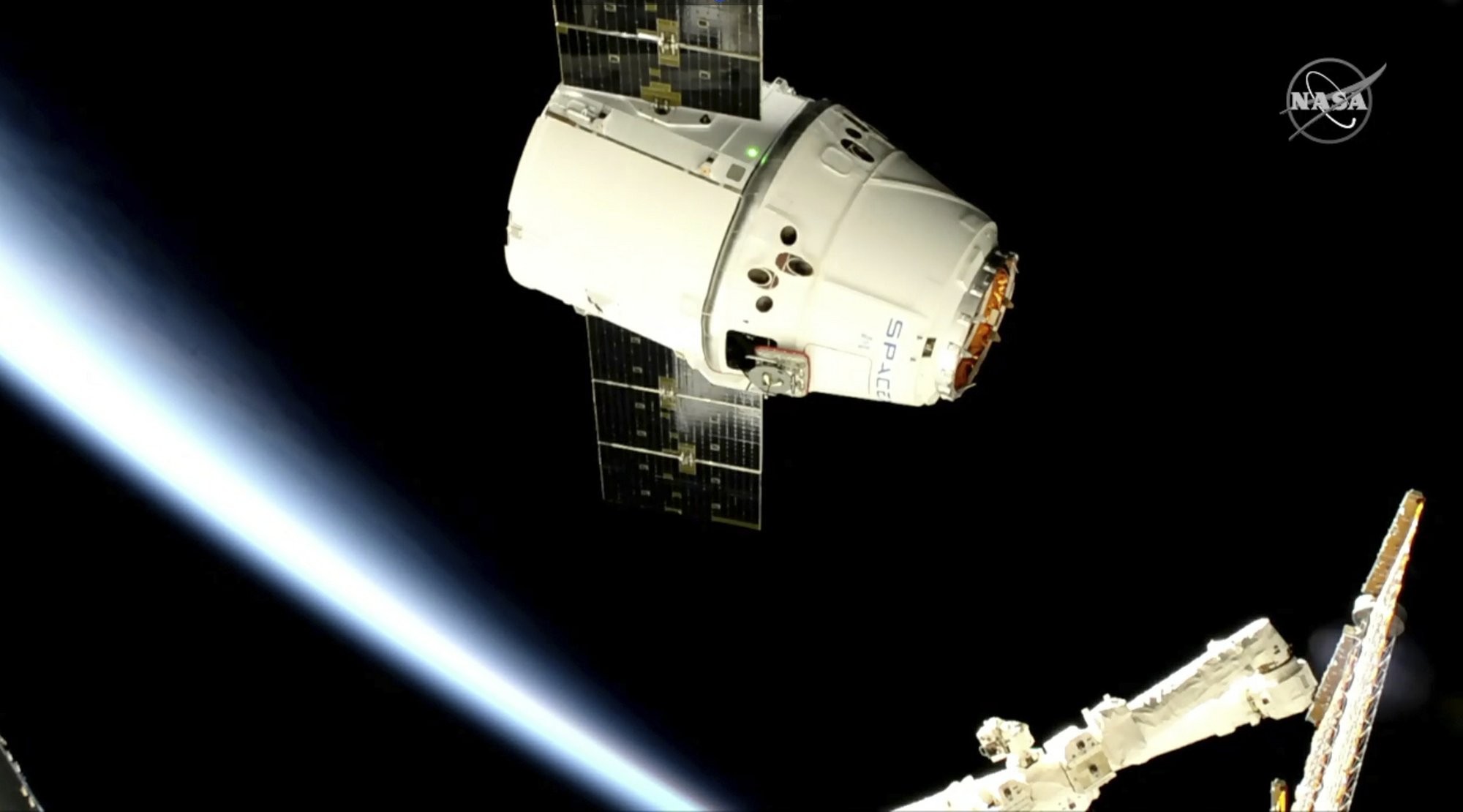 A SpaceX shipment prepares to arrive at the International Space Station following a weekend launch, May 6, 2019. (Photo: AP)

A SpaceX shipment arrived at the International Space Station on Monday following a weekend launch.

The Dragon capsule delivered 5,500 pounds (2,500 kilograms) of equipment and experiments.

Canadian astronaut David Saint-Jacques used the station’s big robot arm — also made in Canada — to capture the Dragon approximately 250 miles (400 kilometers) above the North Atlantic Ocean. An external cable that normally comes off during launch dangled from the capsule, but it did not interfere with the grappling.

“Welcome on board, Dragon,” Saint-Jacques radioed. Speaking in both English and French, he congratulated ground teams for their help and said he’s proud every time the station’s 58-foot (18-meter) Canadian robot arm is used in orbit.

It’s the second station visit for this recycled Dragon. It also flew in 2017.

This is SpaceX’s 17th delivery to the space station; the first was in 2012. Northrop Grumman is NASA’s other shipper; its Cygnus cargo ship arrived just two weeks ago.

The Dragon will remain about a month, being filled with science samples for return to Earth. It’s the only cargo ship capable of coming back intact.

Besides one Canadian, the space station is home to three Americans and two Russians.