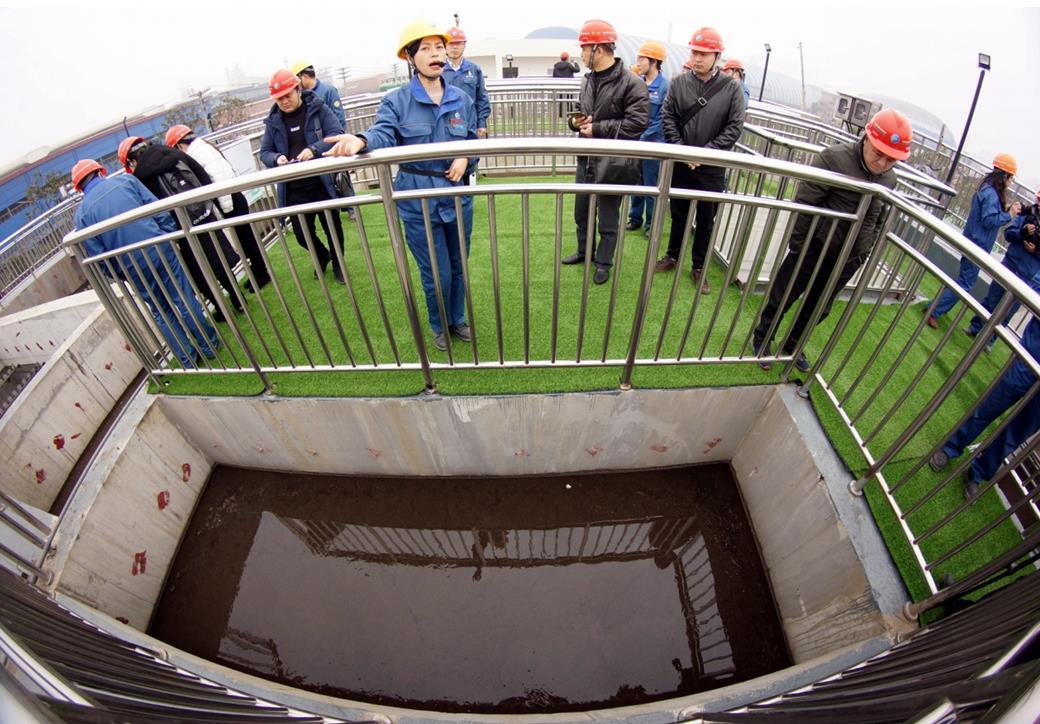 Ao Xinhua, Party secretary of the Fangda Special Steel Technology plant in Jiangxi province, filled his cup with water from a tap marked “drinking water” and drank without hesitation.

The water he drank used to be polluted sewage the company generates during daily production.

“We have realized zero-emissions of our wastewater by installing an efficient sewage disposal system, which allows us to recycle part of the water, use some of the processed sewage for raising fish or irrigation, and the rest can even be drinkable through special treatment,” said Ao Xinhua. 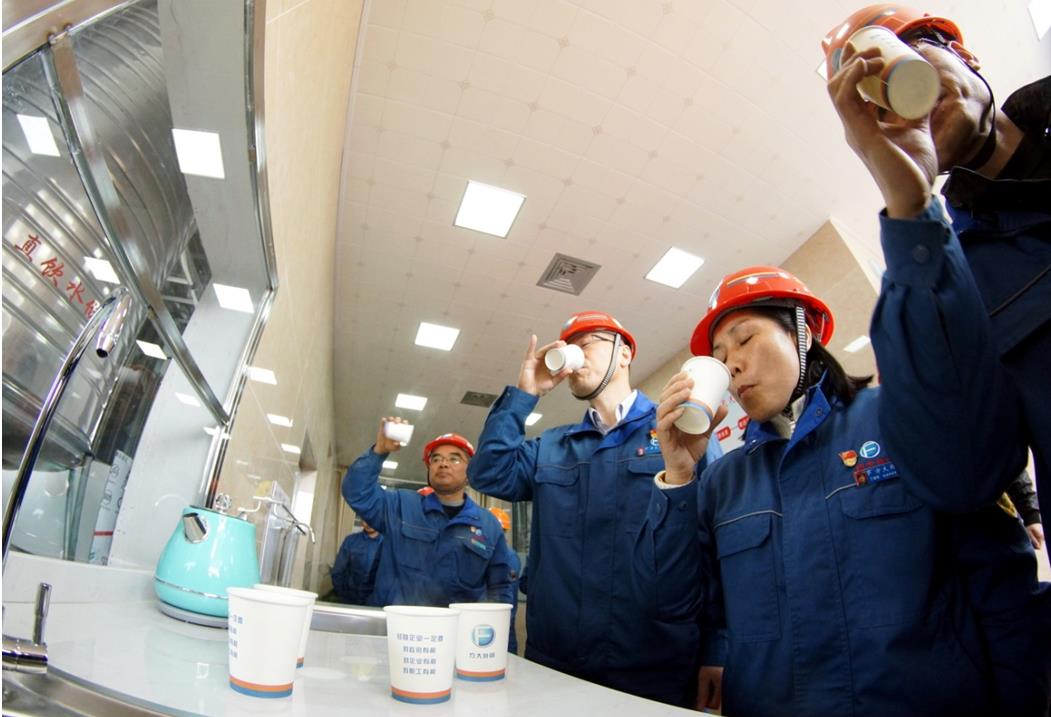 Looking at the pipes, you can see how sewage is gradually transformed into drinkable water, from cloudy to clear.

“As we all know, steel enterprises are consume a lot of water. In order to increase the reuse rate of water and reduce water consumption per ton of steel, we built a water-treatment center last August, with an investment of 37 million yuan,” said Ding Shuqin, head of the environmental-protection department of the company.

According to Ding, the main body of the project was put into operation last November, with a daily processing capacity of 400,000 tons of industrial wastewater.

“The treated drinking water has passed a third-party test and can be safely consumed” said Ao Xinhua.