A NASA satellite orbiting the Moon passed over the site where the Indian probe Vikram should have made touchdown earlier this month, but didn't see the missing lander, the US space agency said. 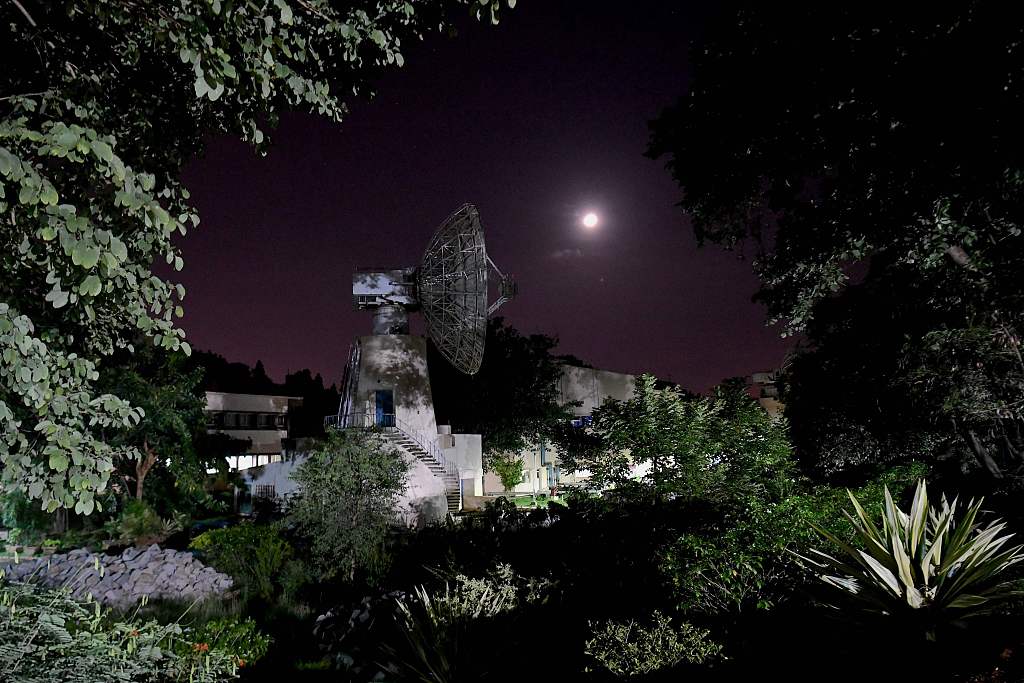 A radar scans the skies with the moon in the background at ISRO Telemetry, Tracking and Command Network (ISTRAC) facility, on September 6, 2019 in Bangalore. (File photo: VCG)

The announcement was made Thursday after NASA released photographs taken on September 17 by its Lunar Reconnaissance Orbiter (LRO) of the plains located about 370 miles (600 kilometers) from the Moon's south pole, which is where Vikram aimed to land.

"So far the... team has not been able to locate or image the lander," NASA said.

"It was dusk when the landing area was imaged and thus large shadows covered much of the terrain; it is possible that the Vikram lander is hiding in a shadow," the space agency added, saying the LRO will pass over the site again in October, when the light will be better.

Blasting off in July, the emerging Asian giant had hoped with its Chandrayaan-2 ("Moon Vehicle 2") mission to become just the fourth country after the United States, Russia and regional rival China to make a successful moon landing, and the first on the lunar south pole.

The main spacecraft, which remains in orbit around the Moon, dropped the unmanned lander Vikram for a descent that would take five days, but the probe went silent just 2.1 kilometers above the surface.

Vikram was traveling at a horizontal speed of 157 feet (48 meters) per second and descending 197 feet per second, just over half a mile from the landing point, according to US-based organization The Planetary Society.

Days after the failed landing, the Indian Space Research Organization said it had located the lander, but hadn't been able to establish communication.

However, NASA in its statement said "Vikram had a hard landing," which is aviation jargon meaning it crashed.