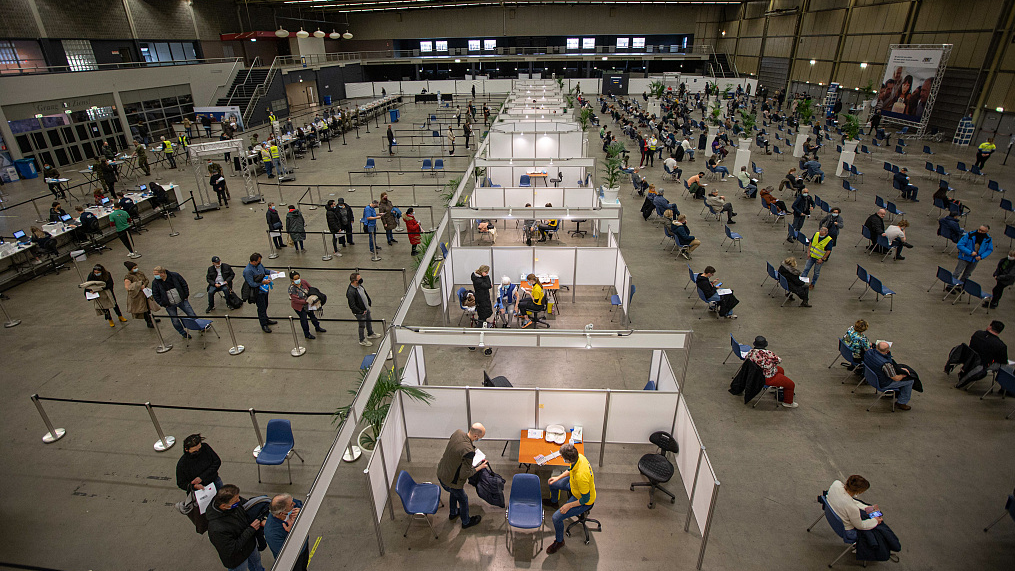 People with the "hybrid immunity" of having been both fully vaccinated and previously infected with COVID-19 have the strongest protection against the virus, two new studies said on Friday.

After two years of a pandemic that has seen nearly 500 million people infected and billions vaccinated, the studies highlighted the importance of getting jabbed for those who have natural immunity after recovering from the disease.

One of the two studies published in The Lancet Infectious Diseases medical journal analyzed the health data of more than 200,000 people in 2020 and 2021 in hard-hit Brazil, which has the world's second-largest COVID-19 death toll.

It found that for people who have already had COVID-19, Pfizer and AstraZeneca's vaccines offered 90 percent effectiveness against hospitalization and death, China's CoronaVac had 81 percent and Johnson & Johnson's one-shot jab had 58 percent.

"All four of these vaccines have proven to provide significant extra protection for those with a previous COVID-19 infection," said study author Julio Croda of the Federal University of Mato Grosso do Sul.

"Hybrid immunity due to exposure to natural infection and vaccination is likely to be the norm globally and might provide long-term protection even against emerging variants," Pramod Kumar Garg of India's Translational Health Science and Technology Institute said in a comment piece linked to the study.

A study using Sweden's nationwide register up to October 2021 meanwhile found that people who recovered from COVID-19 retained a high level of protection against re-infection for up to 20 months.

And people with two-vaccine-dose hybrid immunity had a further 66 percent lower risk of re-infection than those with just natural immunity.

Paul Hunter, a professor in medicine at the University of East Anglia who was not involved in the study, told AFP that the 20 months of "very good protection" from natural immunity was "far better than we would expect for the original two-dose vaccine schedule."

But he cautioned that both studies were completed before the Omicron variant became dominant across the world, and that it had "notably dropped the protective value of a prior infection."

A study in Qatar published on the medRxiv pre-publication website last week gave an insight into the protection offered by hybrid immunity against Omicron.

It found that three vaccine doses had 52 percent effectiveness against symptomatic infection of the BA.2 Omicron subvariant – but that number jumped to 77 percent when the patient had been previously infected.

The study, which has not been peer reviewed, found that "hybrid immunity resulting from prior infection and recent booster vaccination confers the strongest protection" against both the BA.1 and BA.2 subvariants.