Hawaii's coral reefs provide more than $835 million in flood protection for the state annually, according to a new study. 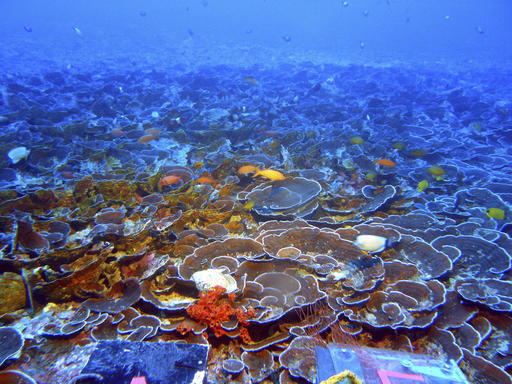 The report by the US Geological Survey, The Nature Conservancy and the University of California-Santa Cruz established the value that the natural formations provide the islands, The Honolulu Star-Advertiser reported Saturday.

The team worked with the engineering and insurance industries to create models estimating values for almost 2,000 miles of US coral reef coastline.

"Most people have no idea how valuable coral reefs are for coastal protection," co-author Michael Beck, a research professor at UC-Santa Cruz, said in a statement.

Reefs act as submerged breakwaters, dissipating up to 97% of wave energy offshore. The new research has built what are now the best flood risk maps available for US coastlines, predicting risk at 33 feet by 33 feet (10 meters by 10 meters), which Beck said is comparable to one-100th of a city block.

"What you sort of forget is that if that reef wasn't offering that protection, you and that beach would not be there," he said.

Reefs provide more than $1.8 billion in flood protection annually, including about $12 million on Kauai, $395 million on Oahu, $377 million on Maui and $51 million on the Big Island, the report said.

The report says that in a 50-year storm, coral reefs off Honolulu alone could provide more than $435 million in flood protection.

The research included the coastlines of Hawaii, American Samoa, Guam, the Commonwealth of the Northern Mariana Islands, Florida, Puerto Rico and the US Virgin Islands.