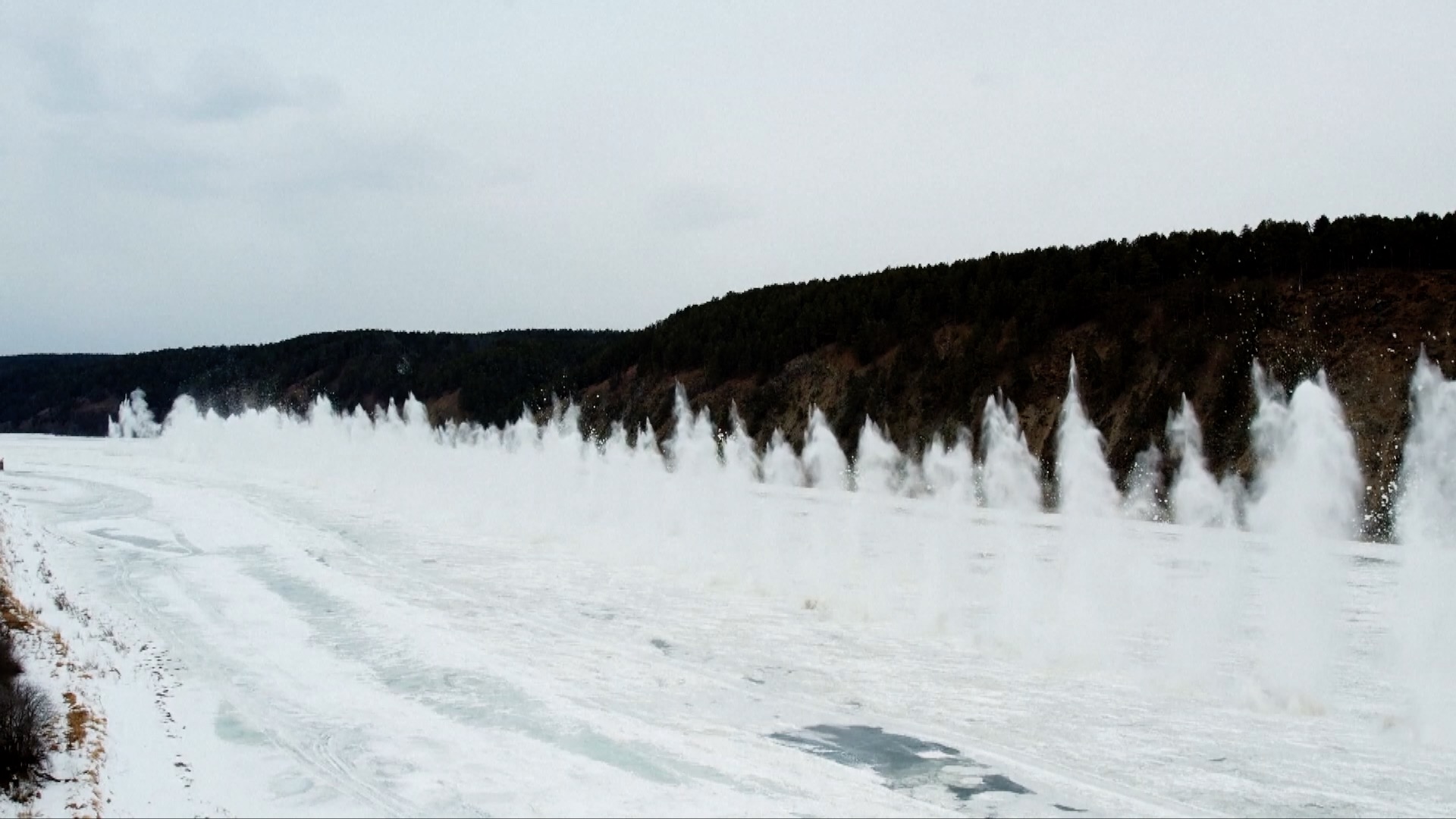 A series of ice-breaking explosions were carried out on the Mohe section of the Heilongjiang River in northeast China on Tuesday to prevent flooding from melted ice as the weather warms.

Flooding can occur when the river begins to ice or thaw. Chunks of ice clumping together may block the river's flow, causing flooding in the upper river and presenting a risk to nearby communities.

Explosion engineers drilled holes deep into the ice to put in explosives. "The total length of the explosion is 10.9 kilometers. We have drilled 840 holes in total... In this way, the sections of the river that are prone to generating ice jams can be cleared in advance," said Zheng Wang, officer in charge of the flood and drought disaster prevention department of the Mohe Water Authority.