TECH Superfast 5G on the slow road at gadget gala

Superfast 5G on the slow road at gadget gala 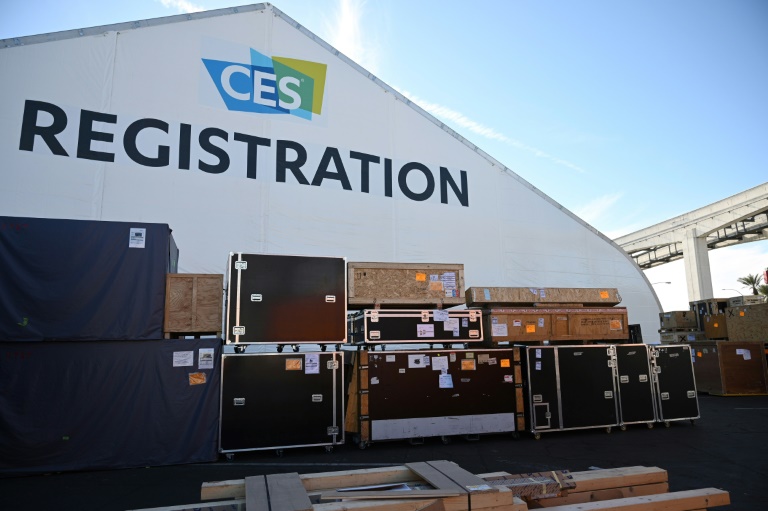 The road to 5G remains agonizingly slow at the massive Consumer Electronics Show opening this week in Las Vegas, where ultrafast products are expected to be few and far between. (Photo: AFP)

It will be revolutionary when superfast 5G mobile networks come to our gadgets, cars and digital lives.

But the road to 5G remains agonizingly slow at the massive Consumer Electronics Show opening this week in Las Vegas, where ultrafast products are expected to be few and far between.

Backers of 5G tout a cornucopia of potential applications, but networks are still nascent, as are the devices capable of accessing them.

"5G networks are still in their infancy around the world," said Steven Koenig, vice president of market research at the Consumer Technology Association, which organizes the show.

"There are 50 different carriers running 5G over the world but it's still pretty limited in scope and coverage."

The annual Las Vegas gathering opens Tuesday with more than 4,500 exhibitors bringing out about 175,000 attendees searching for innovations of the future.

Since smartphones are on the front line when it comes to mobile data networks, consumer electronics firms competing in that market are taking their time rolling out the devices.

With 5G, backers say, self-driving vehicles will think and react faster than human drivers, with the added benefit of knowing what cars or trucks around them have in mind. People will interact with insightful holograms. Jewelry will track a wearer's health.

About 20 countries have deployed 5G networks, according to Qualcomm.

The US mobile chip giant estimates that 2.4 billion people could now theoretically use 5G, depending on where they are and whether they have a suitable phone.

"Many 5G smartphones will be unveiled at CES, as well as laptops and tablets," said Gartner analyst Mikako Kitagawa.

"But people may have to wait until spring or summer for them to be available."

Video game and television streaming fans are expected to be among the first to reap the bounty of 5G, accessing seamless rich virtual worlds to play in or downloading ultra-high definition films in seconds.

"In the long-term 5G can create holograms that are more interactive," Wang said.

"Use cases like in South Korea, where you can go on a virtual date with a K-pop star, for example."

5G network technology is entering a commercial phase, with compatability being built into devices such as augmented reality eyeglasses, according to Steve Koenig of the Consumer Technology Association, which runs CES.

VR is slowing gaining traction, with Facebook-owned Oculus leading the way, but has yet to offer an irresistible wires-free experiences.

5G could help usher in the long-promised era of "ambient computing," in which machine smarts are ever waiting to be beckoned, perhaps with a word or a gesture, or even anticipate desires.

City streets, buildings, traffic signals and even parking meters could be made smart, communicating with vehicles that collaborate with each other for efficiency.

SK Telecom of South Korea plans to show off at CES a mapping service that analyzes traffic in real time, gathering information from car sensors.

The company is working on an infrastructure or autonomous cars in Seoul.

The promise is that the internet of things in which video doorbells talk to smart speakers that link to smartphones, appliances and more will soar to dizzying new heights.

"There will be this proliferation of connected devices well beyond smartphone, but at the same time smartphone user experience will keep evolving as well," Smee said.

"Ultimately you want devices that you can be hands free with, be able to look out to the world, touch and feel at the right time."