TIANJIN－Pursuing a strategy of natural herd immunity rather than encouraging vaccination is an irresponsible approach to protecting people's lives and health in the face of the Omicron variant of COVID-19, a senior traditional Chinese medicine expert said on Tuesday.

The source of the spread of Omicron in Tianjin－whether it be people or objects－is still under investigation, said Zhang Boli, an academician with the Chinese Academy of Engineering. He was given the national honorary title "People's Hero" for his outstanding anti-pandemic efforts.

He said Omicron is characterized by its rapid spread and strong concealment. "Many patients have no symptoms, so they don't seek medical treatment immediately, resulting in hidden transmission."

He added that "it is inappropriate to regard Omicron as a 'big flu'", because although the symptoms it causes are mild, it can still cause serious harm to middle-aged and elderly people. 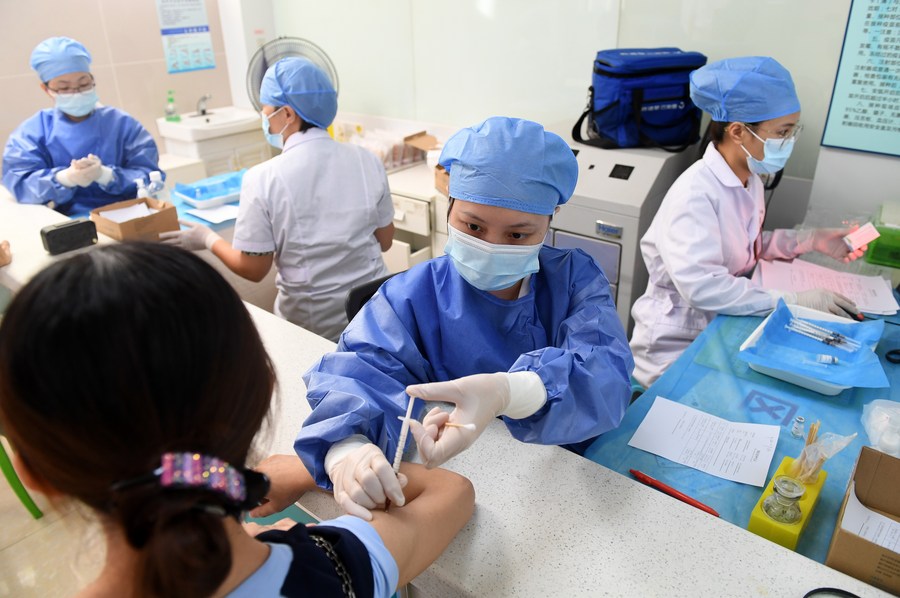 According to overseas data analysis, Omicron can also cause a greater number of subsequent ailments than flu, Zhang said.

Based on the analysis of Omicron, Zhang said that seeking herd immunity is an irresponsible approach.

"China has adopted the 'dynamic zero-case' approach for two years, and this has proved to be successful," he said. "We must continue to put people's lives first."

By putting people's lives first, instead of political considerations, China has been able to maintain the normal functioning of society and promote economic development at the same time.

As for how to fight Omicron, Zhang suggested that people should wear masks, wash their hands frequently, and avoid gatherings where possible. In addition, vaccination remains a necessary measure.

"Vaccines are effective in preventing severe Omicron symptoms and deaths," Zhang said, citing the analysis of data from abroad.

Omicron is more infectious but not more virulent, which Zhang said could mean the pandemic has reached a turning point.

"I think the world will see a significant change in the pandemic around the world by the spring," he said.