It's been nearly two years since the landing, what exactly has it achieved so far?

The Chang'e-4 lunar probe is composed of a lander and a rover named "Yutu-2." A relay satellite, Queqiao, was launched in May 2018 to facilitate earth-moon communication. With the help of data transmitted to the Earth, researchers have made progress in understanding the Moon.

Let's take a look at some of their findings!

The Yutu-2 rover carries multiple equipment, working as a "CT-scanner" for the Moon.

For the first time, the composition of deep lunar materials was obtained directly through on-site exploration, revealing the complex geological evolution of the far side of the Moon, especially the South Pole-Aitken Basin, where the probe landed. 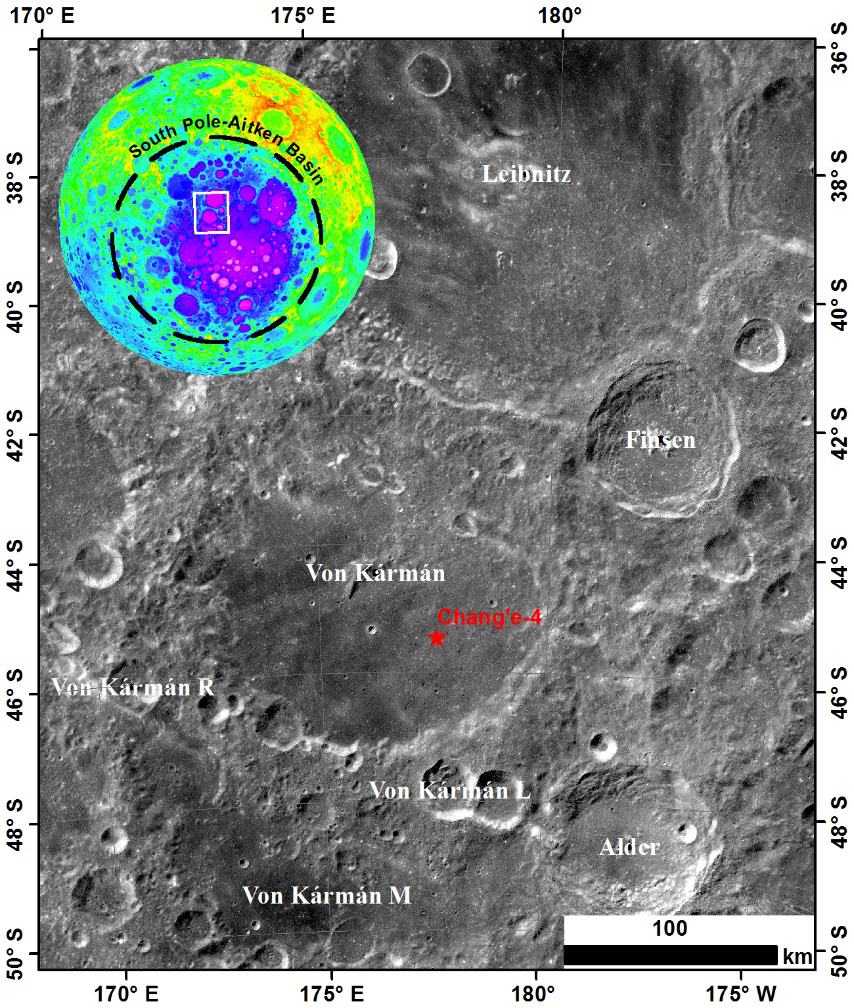 The probe landed at the South Pole-Aitken Basin of the far side of the moon. (Photo: China's Lunar and Deep Space Exploration)

It provides key evidence of the formation and evolution model of lunar soil, and also important reference for site selecting for future lunar missions' landing, inspection and exploration.

Gazing geological evolution of the far side of the Moon

When an object impacts the Moon's surface, the material thrown out by the impact is referred as the ejecta. Through data collected by the lunar radar and camera on the rover, scientists studied the 70-meter-thick ejecta at the probe's landing area.

Although the radar couldn't reliably penetrate any deeper than about 40 meters, the study could greatly improve human understanding of the history of lunar impact and volcanic activity, and shed new light on the comprehension of the geological evolution of the Moon's far side. 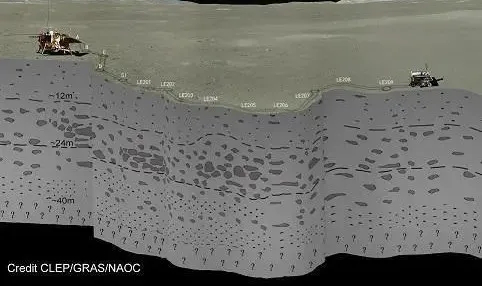 Scientists studied the 70-meter-thick ejecta at the probe's landing area through data collected by the rover. (Photo: China's Lunar and Deep Space Exploration)

The surface of the Moon is baldly exposed to cosmic rays and solar flares. When galactic cosmic rays collide with particles on the lunar surface, it will trigger reactions and release more radiation.

By landing on the far side of the Moon, the Chang'e-4 mission opened a new chapter of lunar exploration for humanity. It will continue the journey and bring us more information about the moon.