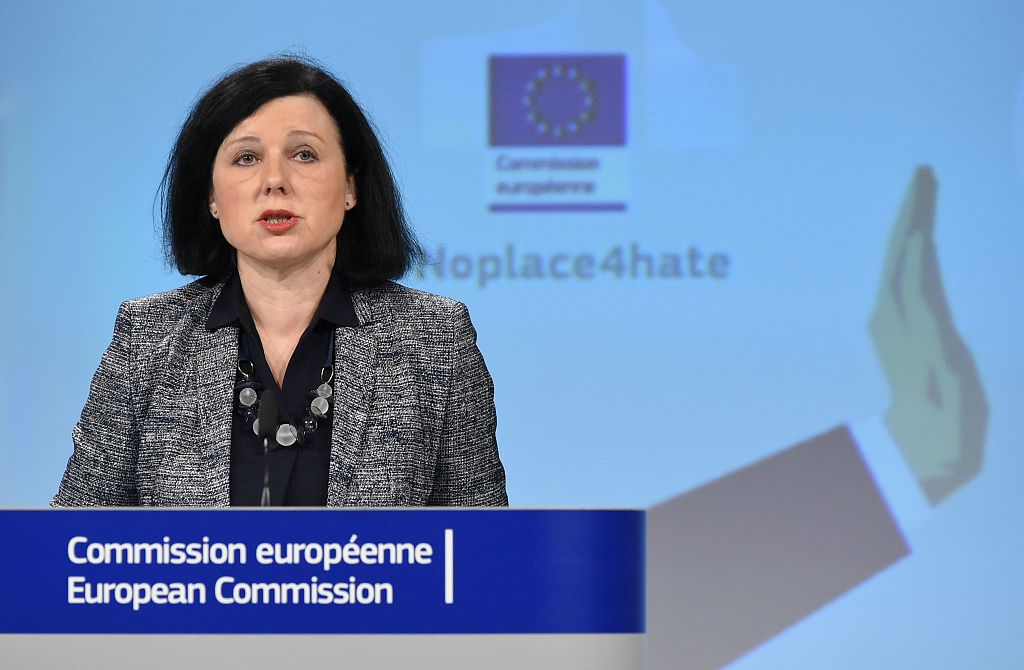 EU Commissioner for Justice, Consumers and Gender Equality, Vera Jourova gives a press conference on the fourth monitoring of the Code of Conduct on countering illegal hate speech online at the EU headquarters in Brussels, on February 4, 2019. (Photo: VCG)

Internet giants have more than doubled the rate at which they fight hate speech online than when they joined the European Union's voluntary approach in 2016, EU officials said Monday.
Firms like YouTube, Microsoft, Twitter, and Facebook are now assessing 89 percent of flagged content within 24 hours and removing 72 percent of content deemed illegal, the officials said.
The figures compare to 40 percent and 28 percent respectively when the firms signed up to a code of conduct in 2016, according to officials with the European Commission, the EU's executive arm.
"The results show that the platforms have taken their obligations seriously," the EU's justice and consumer affairs commissioner Vera Jourova told a press conference.
The EU joined forces with US-based internet firms nearly three years ago amid growing alarm in Europe over the use of social media as an extremist recruiting tool, especially by the Islamic State group.
The founding participants were YouTube, Microsoft, Twitter and Facebook. Last year Instagram, the Google+ social network, Snapchat and Dailymotion joined the effort.
Jourova said the French gaming platform jeuxvideos.com announced their participation on Monday.
But the Czech commissioner warned: "Good results don't mean companies are off the hook."
Jourova urged the internet companies to improve feedback to users as well as providing more transparency on notices and removals.
Jourova recommended continuing with the voluntary approach after the latest commission review, but said Brussels reserved the right to resort to regulation if needed.
"The fight against illegal hate speech online is not over," she said.