TECH Teen challenge: No smartphones for a month

Teen challenge: No smartphones for a month 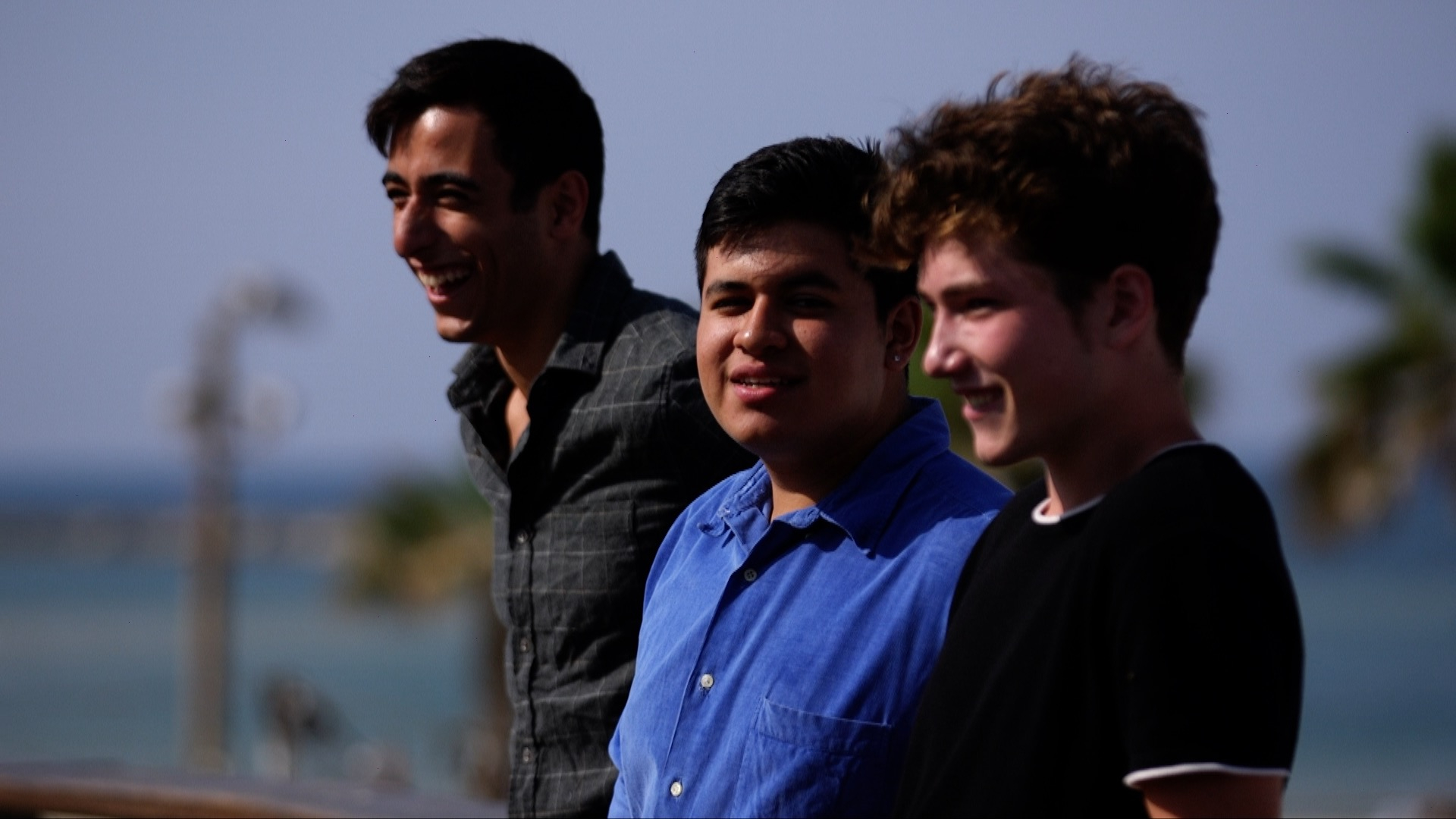 The three Tel Aviv teens who tried not to use their smartphones for a month. (Photo: CGTN)

Three Tel Aviv teens who said they wanted to prove they could detach from their devices made a pact: Give up smartphones for a month. That was the basic rule they agreed on with the added caveat: No using apps on other devices either.

"I was picking up my phone every five minutes. Checking WhatsApp, YouTube, Instagram, email…it was like I had to see if there was anything new…all the time," said Raphael Madsen, 17.

"I felt chained to the phone. All the time. Like I use it for everything and I'm in cellphone prison. That's really why I gave it up," 16-year-old Ariel said.

The boys reported a spread of withdrawal symptoms – boredom, feeling left out of group interactions and chats, missing music.

"I'm so used to listening to my playlist on the way to school," Raphael told CGTN. "I definitely missed having it. I sang out loud. But it's not the same."

"I had to physically go into a bookstore and buy a map," he told CGTN. "It turns out that the only kind of map you can get is for tourists, in English."

The effect of withdrawal from devices is obvious, said scientists studying the effects of smartphone usage on our brains.

Professor Abraham Zangen – the head of Ben Gurion University's Neuroscience and Brain Lab – developed a system for measuring brainwaves and responses to stimuli and he has conducted a number of studies on smartphone usage and its effects on our brains.

"Using smartphones definitely causes ADHD (attention-deficit or hyperactivity disorder)," he told CGTN. It also leads to social stress in the "what are they thinking of me?" form driven by a sense of living in "the public eye."

He said the teens' experiment was bold considering peer pressure and the need to be socially in tune. But his advice is to cut down hours on the phone – not cut it out altogether.

"Like it or not, it's a fact of functionality in today's world," he added.

The worst of times

What were the toughest moments during the month-long abstinence?

Ido: "We were on a 45 km hike and only one of us had a smartphone with GPS. The battery was dying and it was dark and we didn't know how to get where we were going…We walked for 11 hours."

Ariel: "It may not sound like much but one morning I went to school early and sat in the cafeteria eating and just looking at the wall. I didn't have any distractions. I just sat and thought..about friends, my life, what happened the day before. It's the most human thing I've done in the last six months."

Would they do it again? One said yes, another maybe and the third: Definitely not.