TECH Telemedicine’s challenge: Getting patients to click the app 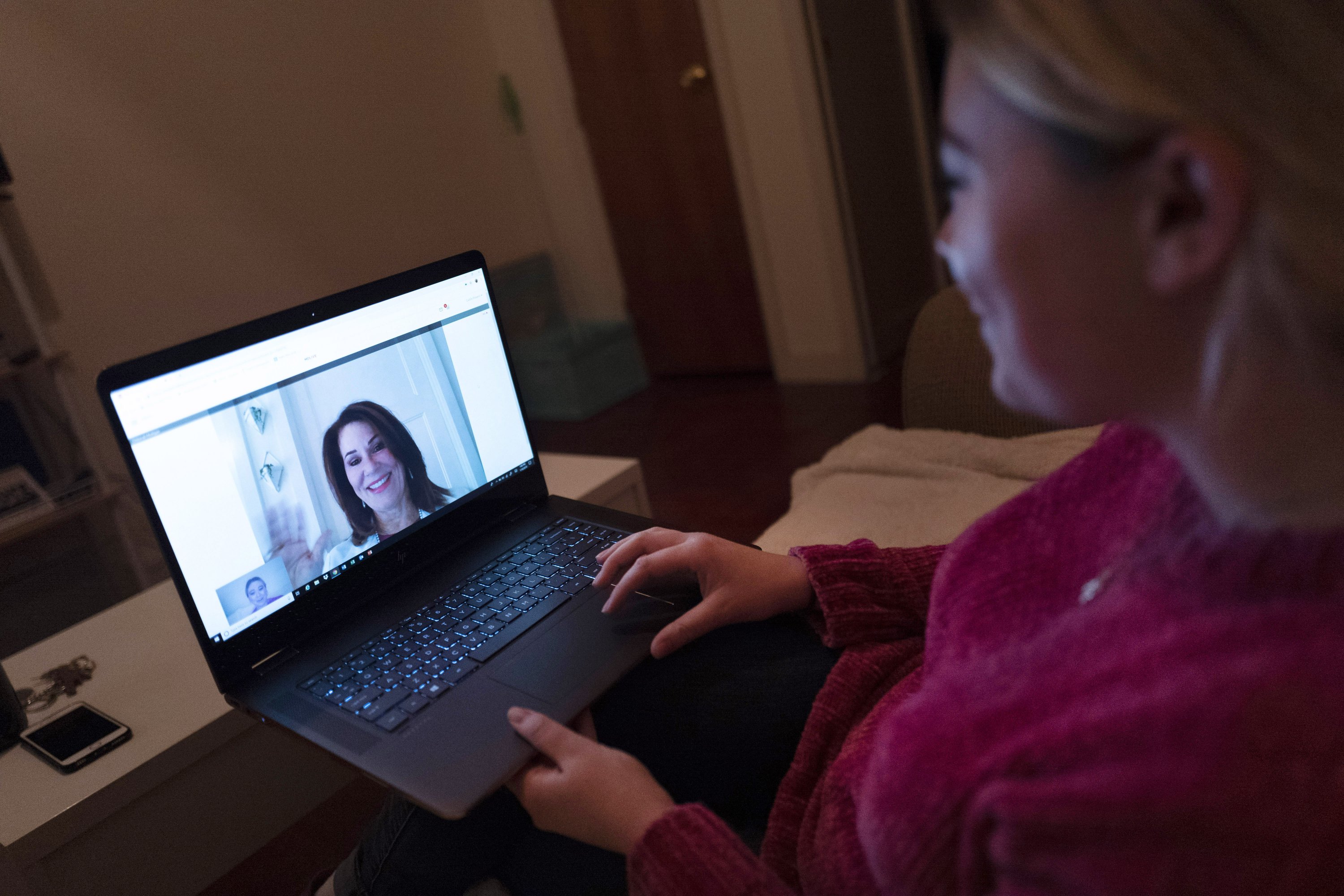 Caitlin Powers sits in the living room of her Brooklyn apartment in New York, and has a telemedicine video conference with physician, Dr. Deborah Mulligan. (Photo: AP)

Walmart workers can now see a doctor for only $4. The catch? It has to be a virtual visit.

The retail giant recently rolled back the $40 price on telemedicine, becoming the latest big company to nudge employees toward a high-tech way to get diagnosed and treated remotely.

But patients have been slow to embrace virtual care. Eighty percent of mid-size and large US companies offered telemedicine services to their workers last year, up from 18 percent in 2014, according to the consultant Mercer. Only 8 percent of eligible employees used telemedicine at least once in 2017, most recent figures show.

Widespread smartphone use, looser regulations and employer enthusiasm are helping to expand access to telemedicine, where patients interact with doctors and nurses from afar, often through a secure video connection. Supporters say virtual visits make it easier for patients to see a therapist or quickly find help for ailments that aren’t emergencies. But many still fall back to going to the doctor’s office when they’re sick.

Health care experts have long said that changing behavior can be hard. In telemedicine’s case, patients might learn about it from their employer and then forget about it by the time they need care a few months later. Plus emotions can complicate health care decisions, said Mercer’s Beth Umland.

“My little kid is sick, I want them to have the best of care right away, and for some people that might not register as a telemedicine call,” she said.

“Going to the doctor’s office is a big event in their life and something they look forward to,” said Geoffrey Boyce, CEO of InSight Telepsychiatry, which provides virtual mental health services.

Tom Hill is among that crowd. The 66-year-old from Mooresville, Indiana, said he’s never used telemedicine and has no plans to.

“I believe in a handshake and looking a guy in the eye,” said Hill during a recent shopping break at a downtown Indianapolis mall. “I don’t buy anything online either.”

But the practice does gain fans once patients try it.

Julie Guerrero-Goetsch has opened her MDLive telemedicine app several times since first using it about a year ago to get help for a sinus infection.

The Fallon, Nevada, resident was skeptical, but she didn’t have time to go in person. MDLive connected her to a doctor soon after she opened the app. She said he started asking questions about symptoms “just as if I was sitting in a doctor’s office” and prescribed an antibiotic.

Caitlin Powers tried telemedicine recently after hearing about it through a friend. The Columbia University graduate student was feeling stuffed up and worried she might be coming down with the flu. She said her appointment started on time, lasted 10 minutes, and she spoke by video with a doctor in Florida while never leaving her Brooklyn apartment.

“As a student, I don’t really have time to spend three hours waiting to see a doctor, and this was so easy,” she said.

Doctors have used telemedicine for years to monitor patients or reach those in remote locations. Now more employers are encouraging people covered under their health plans to seek care virtually for several reasons.

Telemedicine can reduce time spent away from the job, and it also can cost half the price of a doctor’s visit, which might top $100 for someone with a high-deductible plan. However, those savings can be negated if telemedicine’s convenience causes people to overuse it.

Walmart said it cut the cost for virtual visits to give another care option to the more than one million people covered by its health benefits.

Employers aren’t the only ones pushing the technology.

The drugstore chains CVS Health and Walgreens are promoting apps that let customers connect to doctors. Some insurers like Oscar Health are offering it for free to customers as a first line of treatment.

Ease of use is one of the reasons researchers and telemedicine providers think the practice will become more widespread in several areas of care. Those include dermatology and follow-up doctor visits after a surgery or medical procedure.

Mental health visits are another area ripe for virtual care because patients can feel more comfortable talking to a therapist in their own home, said Boyce of InSight Telepsychiatry, which delivers mental health care in about 30 states.

Boyce said people also like the anonymity of a virtual visit.

Mental health visits were the most common use of telemedicine by patients until primary care overtook that specialty a few years ago, Harvard’s Dr. Ateev Mehrotra and other researchers found in a recent study of claims data from a large insurer.

Research firm IHS Markit estimates that telemedicine visits in the US will soar from 23 million in 2017 to 105 million by 2022. But even then, they will probably amount to only about one out of every 10 doctor visits, said senior analyst Roeen Roashan.

MDLive CEO Rich Berner said telemedicine is like the digital video recorder TiVo, which took a while to catch on with viewers.

“People were so used to doing things the other way that it just took a little while to kind of really go mainstream,” he said. “But when it did, it went mainstream big-time.”