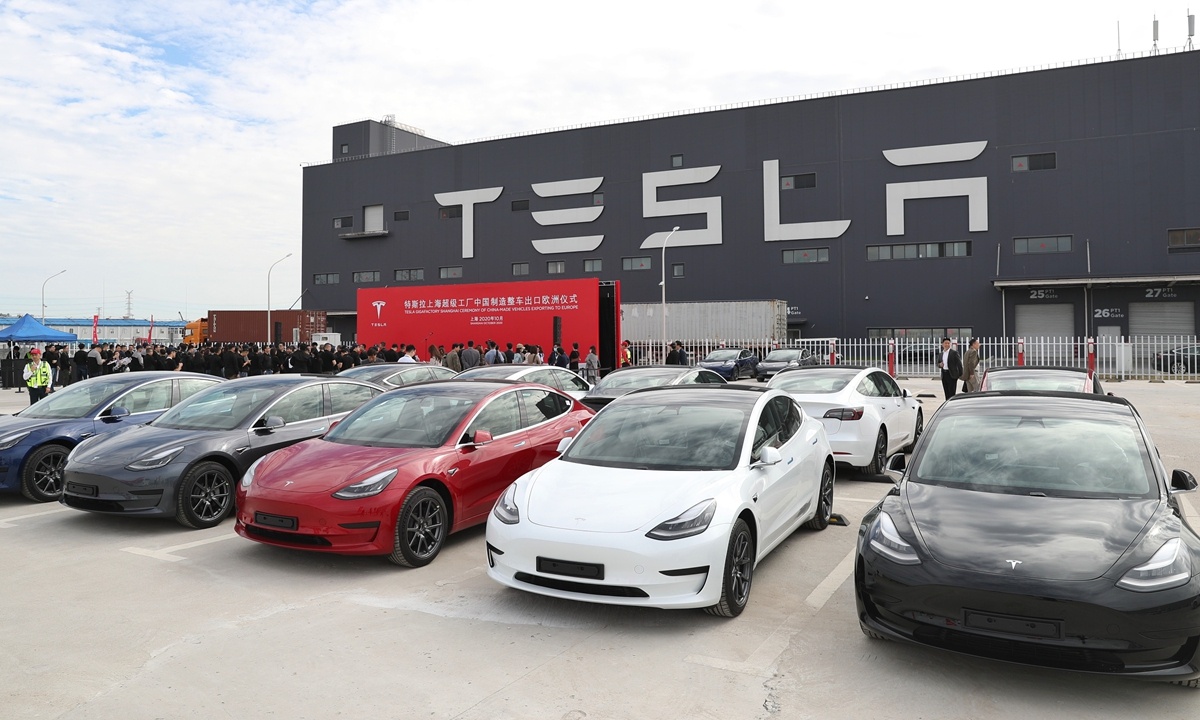 Made-in-China Tesla cars wait to be shipped overseas outside its factory in Shanghai in October 2020. (Photo: cnsphoto)

This is the first time the US automaker has shipped Model Y cars to Europe, news portal sina.com.cn reported on Monday.

Tesla didn't reply to the Global Times for confirmation as of press time.

Automakers in China exported a total of 128,000 passenger cars in July, surging 212 percent year-on-year, of which new energy vehicles account for 20 percent, the latest data from the China Passenger Car Association showed. This reflects improving competitiveness of the country's manufacturing sector.

In stark contrast to its export, Tesla sales in Chinese market plunged 69 percent to 8,621 vehicles in July, from the high sales of 28,138 registered in June, according to the association.

Tesla CEO Elon Musk posted on China's social media Sina Weibo on Friday that the Shanghai factory is assembling Model Y cars for export in the first half of the quarter.