The sun rises over Thailand's endless rice fields. Farmers tend to the crops, partaking in a rich culture with centuries-old traditions. It's a perfect snapshot of life that has hardly changed.

The fields then empty as a white mist descends. The residue on the leaves paves a poisonous and toxic path. In modern Thailand, this has become the snapshot of farming. 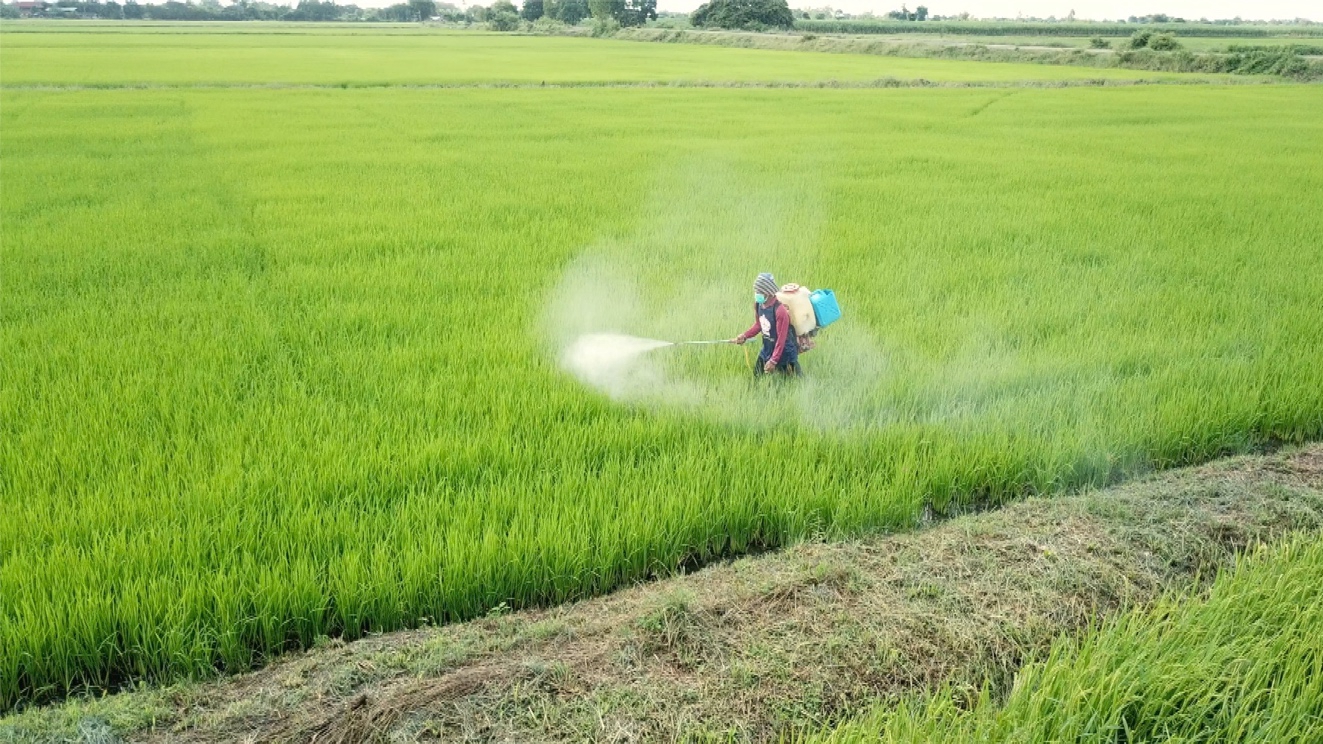 Chatchai Thiangtham, a mandarin farmer in Bang Mot, a district on the outskirts of Bangkok famous for its mandarins, sprays his groves with pesticides up to three times a week. What he sprays are toxic pesticides that are banned in many countries around the world. Chatchai knows that after decades on his field, his exposure is high but like many farmers, he says he has no choice.

"We've been using agrochemicals for generations," says Chatchai. "Without pesticides, my oranges won't survive the pests and I can't sell my produce at a desirable price."

It's a conundrum many Thai farmers face.

Boonme Ploycheun is 54 years old. He has been a farmer almost all his life. Every day he goes out into the fields and every day he is exposed to toxic chemicals. But over the years, all the chemical use is breeding a need for more pesticides.

"There is a recommended dosage on the bottle but we can use much more than that," Boonme says. "The more we mix in, the better the result. I choose to use more because it just works better. Sometimes more two or three times more."

Such misuse of toxic chemicals is commonplace in Thai agriculture. Like Boonme, many farmers are finding that recommended doses of pesticides fail to kill crop-eating insects and so they dump chemicals on their fields far in excess of safety levels. Even after harvesting, food may be doused with chemicals which can remain on food when it hits the marketplace. 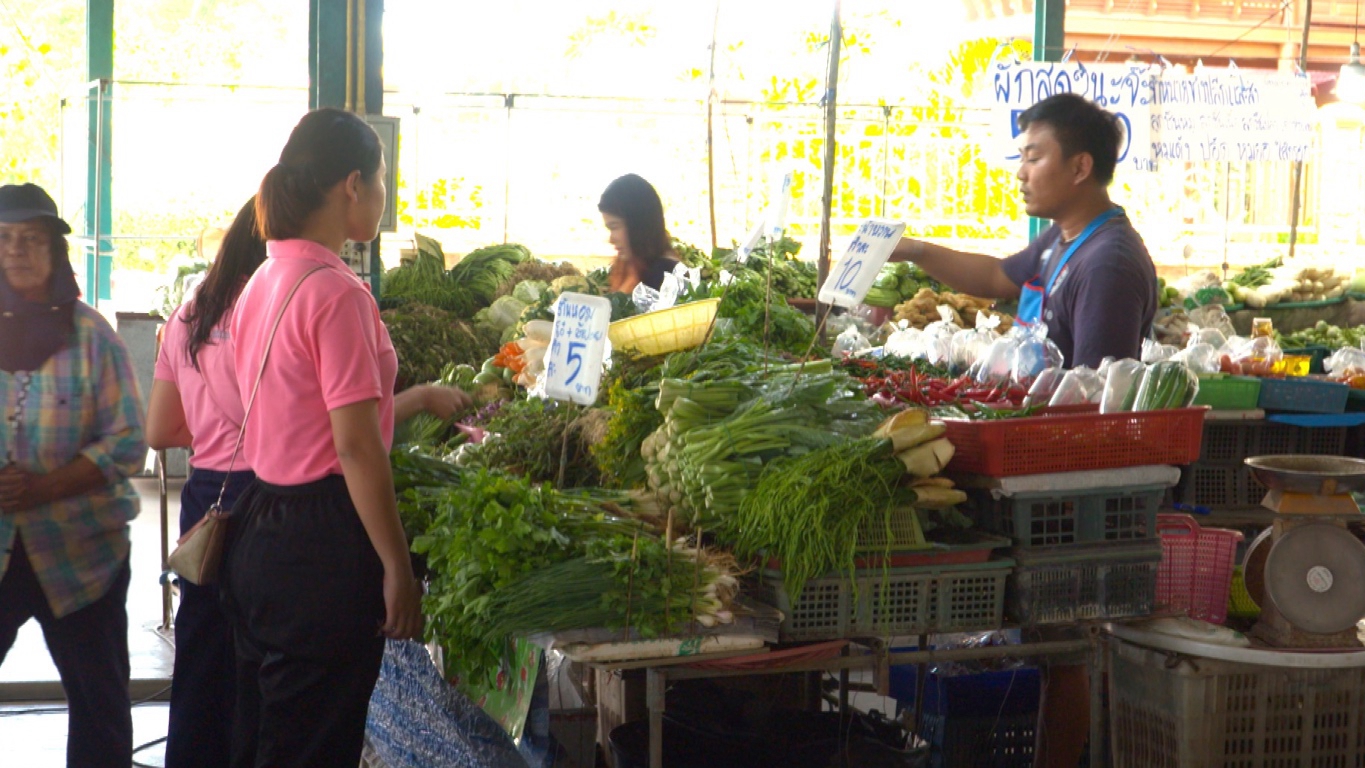 Over 60 percent of popular vegetables sold at Thailand's shopping malls and markets are contaminated with a cocktail of pesticides, Bangkok, Thailand. /CGTN

The level of contamination is alarming. The Thailand Pesticide Alert Network (Thai-PAN), a non-governmental organization, conducted a study sampling a wide array of produce sold in the Thai market.

"We found that 60 percent of produce is contaminated with agrochemicals," Prokchol Ousap, a coordinator at Thai-PAN, said.

More worrying still, all of the tested produce was contaminated with multiple residues indicating a high usage of chemicals.

"One sample can contain traces of five to 20 different chemicals. For consumers, it can affect the brain and nervous system, cause cancer or even birth defects," Prokchol says.

This sobering reality is driven by the demand for cheap food and large yields of it. A major exporter of rice and tropical fruit, Thailand's farmlands supply many of the world's countries with bulk produce – making up around nine percent of GDP. Thailand's agriculture sector employs around 30 percent of its total labor force.

So, to meet this demand, the use of pesticides has exploded over the past three decades. 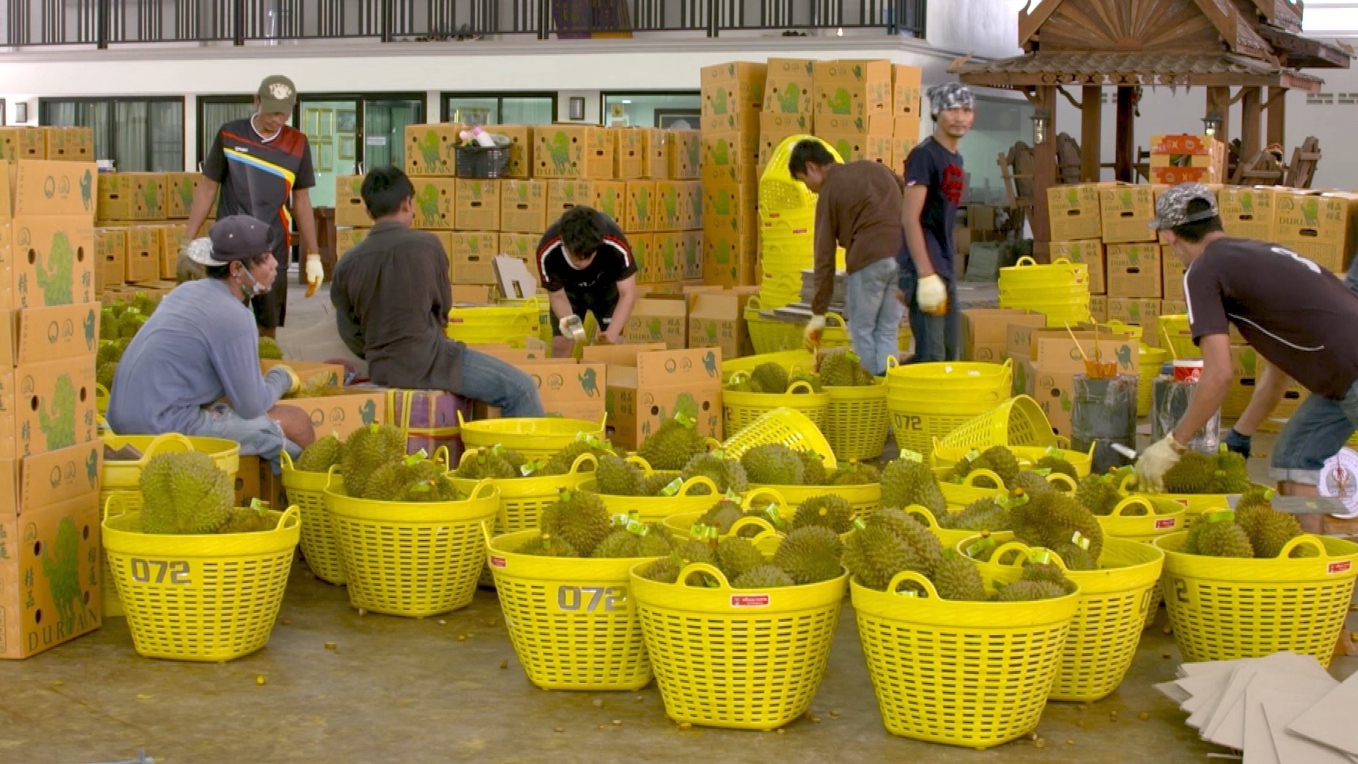 Thailand is a major agricultural exporter ranked 15th in the world. One of the biggest exporters of rice, sugar, palm, rubber, sugarcane, corn and cassava, farmers rely heavily on pesticide use. /CGTN

The economic reasons are understandable. The health implications often take a backseat. But after decades of heavy use, its effects on the human body are starting to show. According to Thai-PAN, traces of toxic chemicals have been detected in the blood of one in every three Thai farmers.

Kamphon Tongsopa is one of the few organic rice farmers in an agricultural province of Suphanburi, about 100 kilometers northwest of Bangkok. He made the switch after people close to him started to die. While he does not have proof, he is sure that pesticides are to blame.

"Many people in my community die, fall ill or have cancer because of these chemicals," Kamphon says. "It's risky. Farmers are exposed every day and it is causing serious illnesses and even death."

But things are improving. Thailand's government has moved to ban two agricultural chemicals widely regarded as toxic to humans. The ban of paraquat and chlorpyrifos, which is already prohibited in many countries, is seen as a transition to sustainable agriculture. A transition that could benefit future generations because farming is not just about farming. It's the food on our table, the three meals a day that we consume.

"We need to set out a goal of what we really want," Prokchol Ousap, coordinator at Thai-PAN, said. "Do we want to export produce at a cheap price at the expense of our land and the health of our farmers, or, do we want to be a country that produces quality food that is safer for the whole world?"