TECH The COVID-19 Pandemic Has Intensified Discrimination Against East Asians, South Asians, and Hispanics in the US, Says New Study

The COVID-19 Pandemic Has Intensified Discrimination Against East Asians, South Asians, and Hispanics in the US, Says New Study 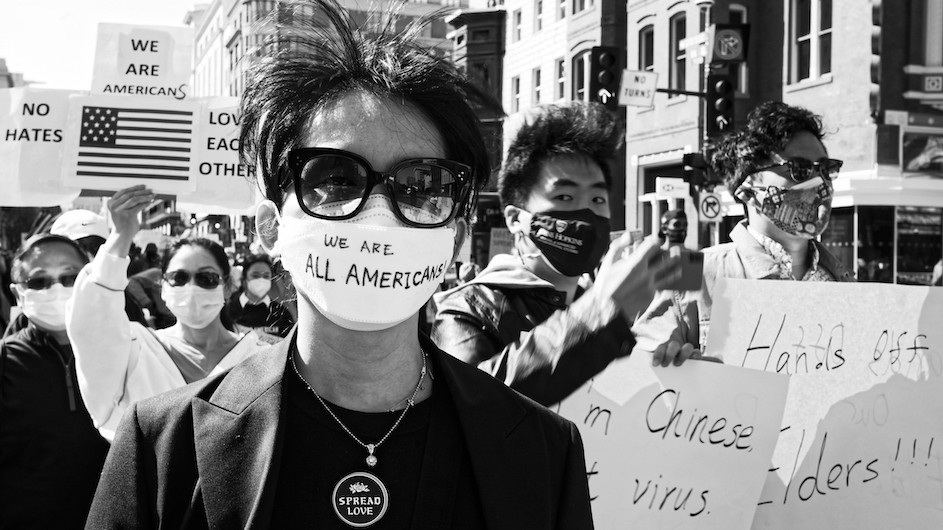 For close to two years, the COVID-19 pandemic has wreaked havoc across the United States where we have witnessed untold deaths, experienced severe illness, and withstood economic uncertainties. Those hardships have exacerbated prejudices that have sometimes manifested in violence against Asian Americans. While the media has reported on these acts, less has been said about less overt forms of prejudice against Asian Americans.

“There have been increasing reports of anti-Asian sentiments since the outbreak of the pandemic, but most of these studies are based on self-reports of serious aggressions in public spaces,” Lu said. “We wanted to understand the full extent and nature of the issue, especially with respect to the less visible, everyday forms of social discrimination against Asians and other ethnic minority groups, which are often not reported.”

Previous research has shown how health crises, like Ebola and HIV/AIDS, have activated prejudicial behavior toward certain minority groups. This discriminatory behavior is likely to be more pronounced during the COVID-19 pandemic because it has caused economic insecurity and disruption in social life that has been coupled with the rise in racist and xenophobic political rhetoric.

Since more than 15 million adult Americans currently live with roommates who are not their romantic partners or family members, the researchers thought a hypothetical context of roommate selection would be a useful, and subtle, way to gauge prejudices. “Surveys based on direct questions are likely to suffer from social desirability bias,” Kaushal said. “Respondents are often in denial about their prejudices and may be eager to portray socially desirable beliefs and behaviors.”

There were two layers to the experiment. First, the survey randomly exposed half of the respondents to a short informational paragraph about the COVID-19 pandemic that included data on how many people were infected and died from the disease, together with questions regarding the effects of the pandemic on employment and health of respondents and their families. This information was meant to increase the prominence of the pandemic to the treatment group, or the "COVID-19 salience" group. The other half of the respondents, or the control group, received this data and the queries after responding to the roommate questions.

The second layer was the potential roommate selection, which the researchers called the “racial/ethnic treatment.” Each respondent was asked to imagine putting an ad on a popular website looking for a roommate. Then each participant read one hypothetical response from a "potential roommate." Every participant got the exact same response from the “potential roommate” of the same gender. The only difference was the randomized names attached to the responses. The researchers included names that signaled major racial and ethnic groups in the United States: white, Black, East Asian, South Asian, and Hispanic. The participants were asked to answer a series of questions, such as whether or not they would respond to the person or whether they found the person responsible or culturally compatible.

What the researchers found was both expected and surprising. Not only were respondents in the “COVID-19 salience” group less likely to respond to a roommate ad from an East Asian person, they were also more reluctant to respond to South Asians and Hispanics. According to the authors of the study, “All three racial/ethnic groups were more likely to be perceived by the treatment group as extremely culturally incompatible.” Even if South Asians and Hispanics were not as closely associated with the origins of the pandemic, they were still seen as less American. Therefore they were less accepted and discriminated against.

“Our study shows that rising anti-Asian hostilities portrayed in popular media are not isolated incidents, but are manifestation of amplified prejudicial and xenophobic sentiments in the wake of the pandemic,” Lu said. “We hope that our study raises public awareness about the pervasiveness and nature of COVID-19 related prejudice. We believe public awareness is an important first step toward addressing the issue of prejudice and bringing racial and ethnic harmony.”