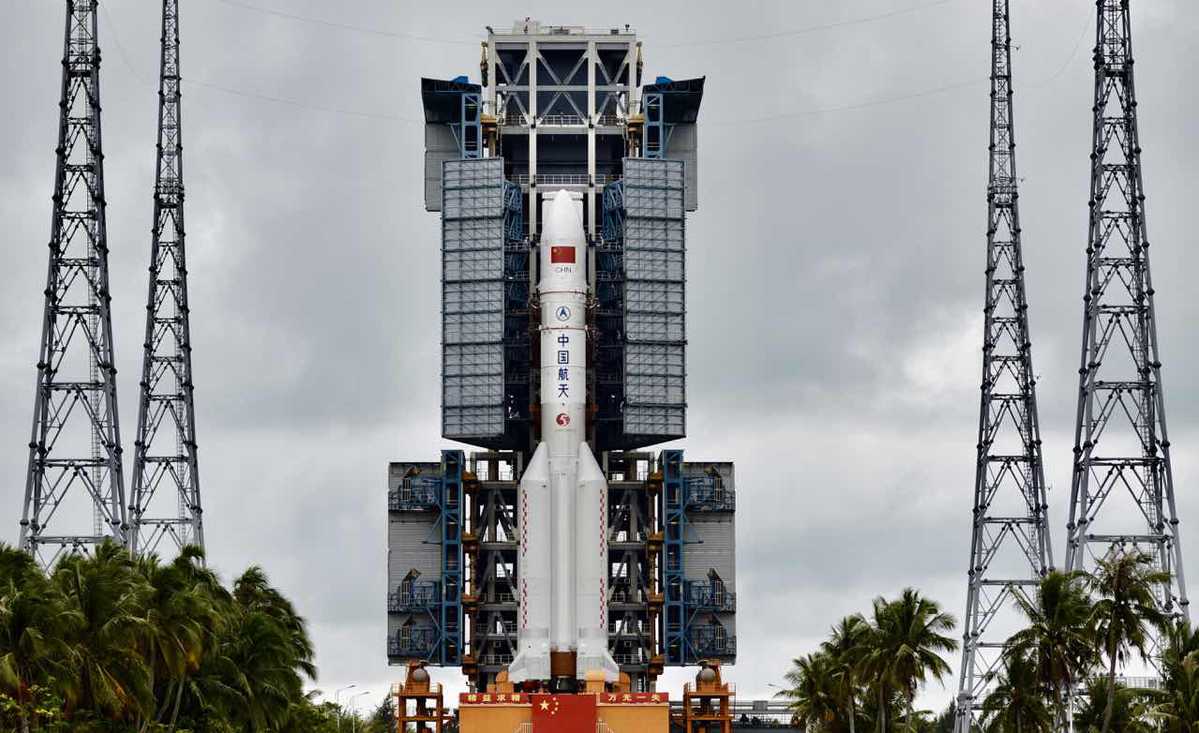 China will conduct the third mission of its largest and mightiest carrier rocket－Long March 5－around the end of this year, the China National Space Administration said.

It said in a brief statement that the gigantic rocket was moved to its launchpad on Saturday morning at the Wenchang Space Launch Center in the island province of Hainan.

Two transport ships operated by the China Satellite Maritime Tracking and Control Department, Yuanwang 21 and Yuanwang 22, carried the rocket to Hainan in October from Tianjin, where it was built. It was assembled and tested at the Wenchang center during the past two months.

The administration said the rocket will now undergo a functional examination and combined checks before being injected with propellants.

The strongest and most technologically sophisticated rocket ever built by China, Long March 5 has a liftoff weight of 869 metric tons, and a maximum carrying capacity of 25 tons to a low-Earth orbit or 14 tons to a geosynchronous transfer orbit. Its payload capacity is about 2.5 times bigger than any other Chinese rocket.

The colossal machine's first flight was successfully carried out in November 2016 at the Wenchang center. The second mission was launched in July 2017 at the same site, but failed due to structural abnormalities inside the turbine exhaust device of one of the first stage's liquid oxygen/liquid hydrogen engines.

Sources at China Aerospace Science and Technology Corp, the country's leading space contractor, said that for its third mission, the rocket will be tasked with placing the SJ-20, an 8-ton technological demonstration satellite, into a geosynchronous orbit.

SJ-20 will be the second satellite based on China's new-generation satellite platform, the DFH 5, after the SJ-18 that was lost during Long March 5's second flight. It will be used to verify several key satellite technologies.

Long March 5's future missions include sending the Chang'e 5 probe to the moon to fulfill China's fifth, and most sophisticated, lunar expedition, and placing parts of the country's manned space station into orbit.