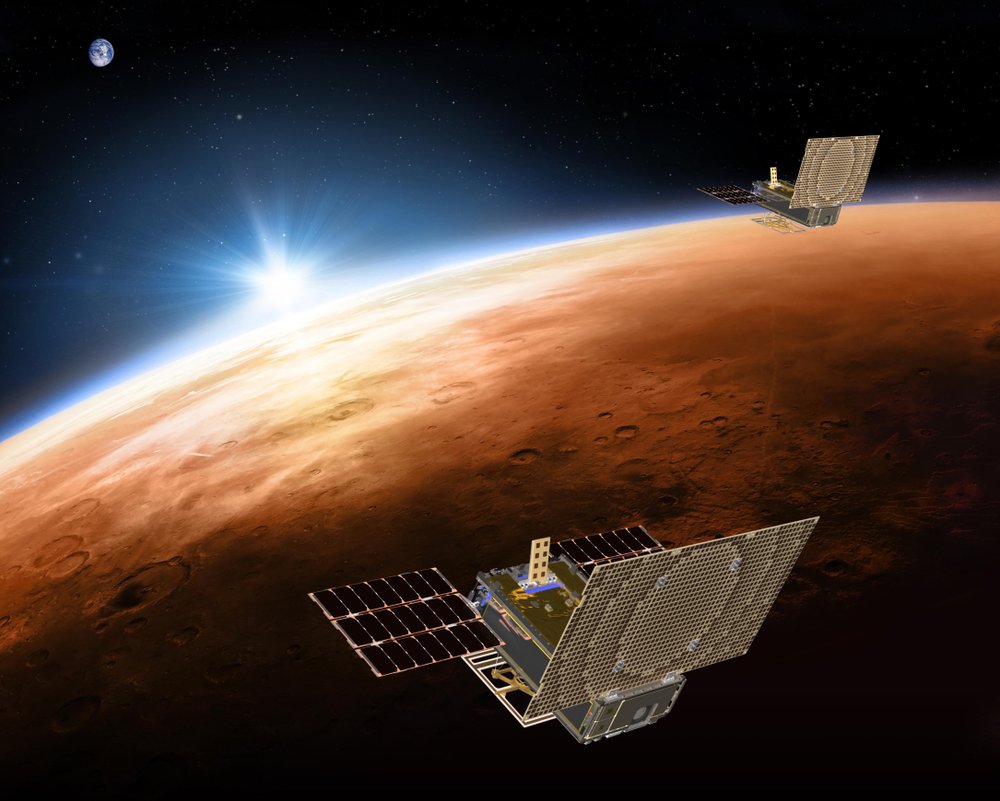 This illustration made available by NASA on March 29, 2018 shows the twin Mars Cube One (MarCO) spacecraft flying over Mars with Earth and the sun in the distance. (Photo: AP)

Two tiny satellites have fallen silent millions of miles away, after proving new technology at Mars.

The twin CubeSats, nicknamed WALL-E and EVE, shadowed NASA’s InSight lander to Mars last year. As the lander descended to the Martian surface in November, the briefcase-size satellites flew past the red planet, providing real-time updates to controllers in this first-of-its-kind experiment.

This week, NASA said it hasn’t heard from them for more than a month now — and doubts it ever will.

These were the first CubeSats to venture into deep space, part of an $18.5 million experiment to see whether such compact, cheap devices might serve as radio relays at faraway worlds. Program manager John Baker of NASA’s Jet Propulsion Laboratory in Pasadena, California, says “there’s big potential in these small packages.”