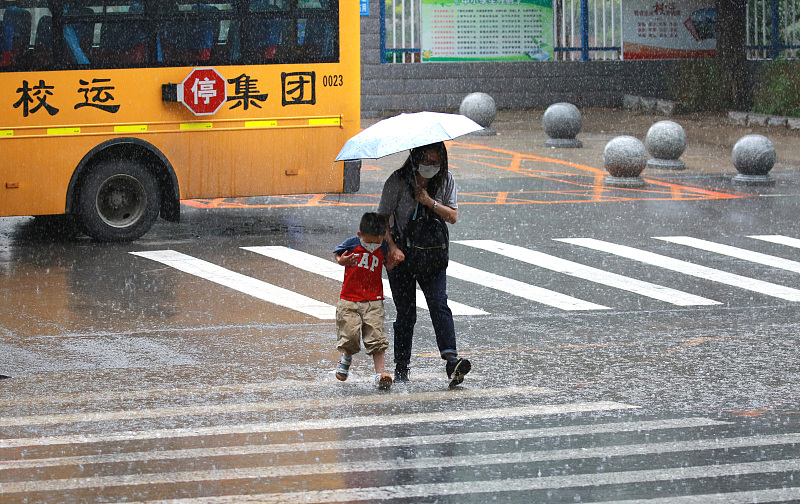 In Shenyang, the provincial capital of Liaoning, kindergartens, primary and secondary schools were closed on Monday as a precaution against heavy rain.

According to the provincial meteorological department, Liaoning is expected to see the heaviest rainstorms this year from Monday to Tuesday, which are likely to trigger disasters such as mountain torrents, landslides and mudslides.

Rainfall up to 200 millimeters is forecast to slash from south to north, with a maximum hourly precipitation intensity of 70 millimeters.

The local fire and rescue department has set up 116 standby points in flood-prone areas, where some 1,000 people have been mobilized to be on guard and a total of 250 vehicles and 150 boats have been prepared.

Persistent heavy rains have continued to batter parts of China, swelling rivers, triggering landslides and prompting the relocation of people in recent days.

China's National Meteorological Center on Sunday renewed its yellow alert for severe weather threat including thunderstorms and downpours in many parts of the country and advised local authorities in these areas to prepare for rainstorms, thunderstorms, gales and hails, and be vigilant against flash floods, landslides and mudslides.

China has a four-tier, color-coded weather warning system, with red representing the most severe warning, followed by orange, yellow and blue.