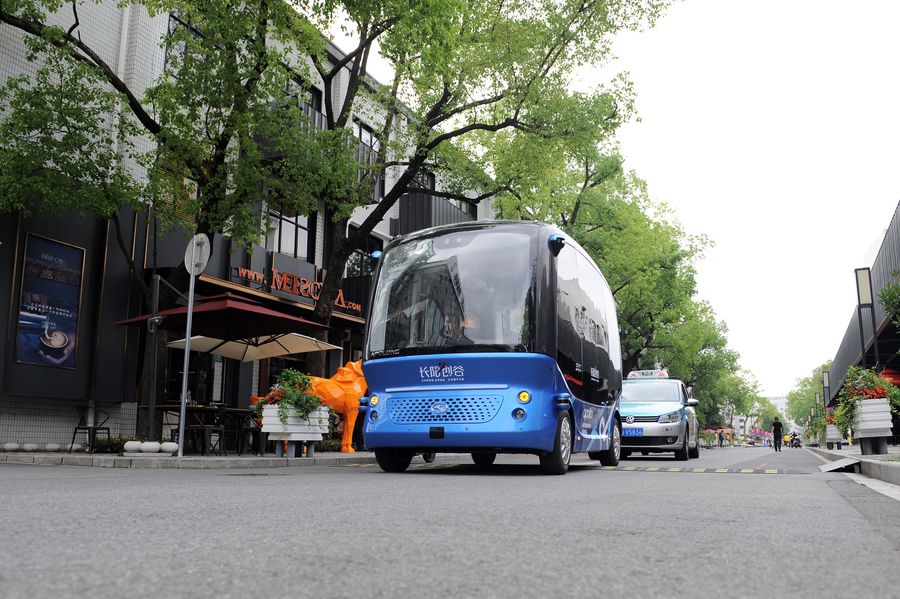 The 8.5-km loop line with a total of eight platforms opened to the public on Tuesday. It takes a bus 30 minutes to 40 minutes to complete the route.

The autonomous vehicles on the route were developed by CRRC Electric Vehicle Co., Ltd., and can automatically respond to traffic lights, pull over, and open and close their doors.