Trials for drug as virus treatment resume after study retracted 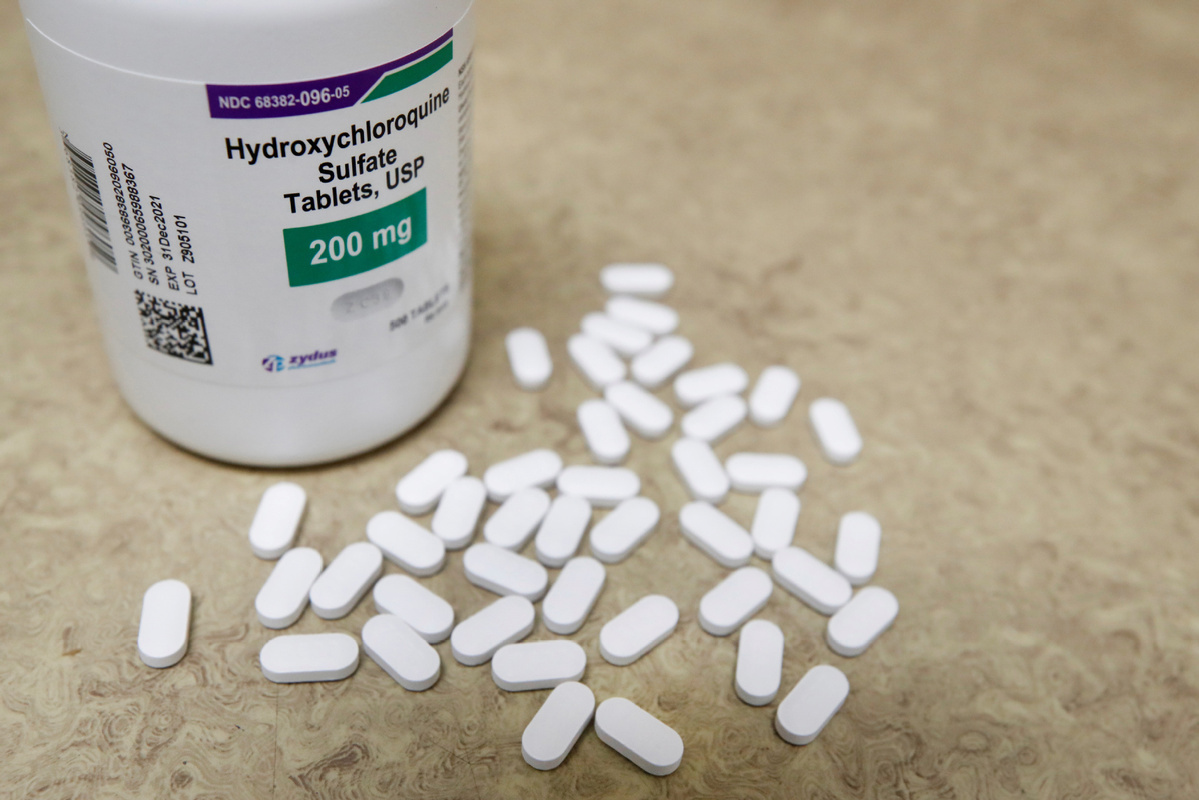 FILE PHOTO: The drug hydroxychloroquine is displayed at the Rock Canyon Pharmacy in Provo, Utah, U.S. May 27, 2020. [Photo/Agencies]

Several trials of the controversial drug hydroxychloroquine for possible use against COVID-19 are resuming around the world after the retraction of a study into its effects and side-effects.

When the study was first published in the highly influential medical journal The Lancet on May 22, it prompted the World Health Organization (WHO) and others to pause trials on the drug, which has long been used for preventing or treating malaria, as well as lupus.

The drug has been touted as a "game-changer" by US President Donald Trump, who said last month he had taken it for a few days.

The observational study was retracted on June 5 after three of the paper's authors said they couldn't verify the contents of a database at the heart of the study.

Also, the UK's COPCOV trial, which was conducted to see whether hydroxychloroquine could prevent healthcare workers from contracting COVID-19, was put on hold a week after launch.

French company Sanofi also temporarily stopped recruiting for its study into the drug.

Swiss pharmaceutical company Novartis has continued with its trial.

The UK Recovery Trial paused briefly before proceeding after making safety checks. But on Friday, leaders of that study, the largest so far to put hydroxychloroquine to a strict test, halted the trial after it found that the drug was "useless" at treating COVID-19 patients.

"This is not a treatment for COVID-19. It doesn't work," Martin Landray, an Oxford University professor who is co-leading the RECOVERY trial, told reporters. "This result should change medical practice worldwide. We can now stop using a drug that is useless."

Results released from 1,542 patients showed the drug didn't reduce deaths, time in the hospital or other factors. After 28 days, 25.7 percent on hydroxychloroquine had died versus 23.5 percent given usual care.

The research is funded by government health agencies in the UK and private donors including the Bill and Melinda Gates Foundation.

But many scientists voiced concern about the study following its publication. Nearly 150 doctors signed an open letter to The Lancet questioning the article's conclusions and calling for the peer review comments that preceded publication to be released.

A little-known Chicago-based company called Surgisphere gathered the data, a company that many experts suggested was too small to be capable of handling such an immense data set. The company's founder, Dr Sapan Desai, was one of the study's authors.

The Guardian newspaper reported that Surgisphere's "handful of employees" included a science fiction writer and an adult-content model.

"This tiny company does not seem to have the capacity or the personnel to be able to do this," ABC News medical expert Dr Norman Swan said after The Lancet withdrew the study.

"This was exposed by The Guardian, particularly in Australia, because it was shown that the Australian data they used could not have been right. … The figures just did not add up for Australia."

The research paper cited 73 deaths from COVID-19 in Australia by April 21, when official case counts reported 67 deaths by the same date.

Critics also pointed out that the sheer scale of the data set seemed too good to be true.

In The Lancet's retraction, three of the study's authors said Surgisphere wouldn't transfer the dataset for an independent review and they "can no longer vouch for the veracity of the primary data sources". Desai didn't comment in the retraction.

The study's lead author, Harvard Medical School professor Mandeep Mehra, said in a statement: "I did not do enough to ensure that the data source was appropriate for this use. For that, and for all the disruptions – both directly and indirectly – I am truly sorry."

Reuters said that requests for comment from Desai and Surgisphere weren't immediately answered.

Another study in the New England Journal of Medicine (NEJM) that used Surgisphere data and shared the same lead author, Mehra, of Harvard, was retracted.

Chris Chambers, a professor of psychology and an expert at the UK Center for Open Science, told Reuters that The Lancet and the NEJM, which he described as "ostensibly two of the world's most prestigious medical journals", should investigate how the studies got through peer review and editorial checks.

"The failure to resolve such basic concerns about the data" raises "serious questions about the standard of editing" and about the process of peer review, he said.