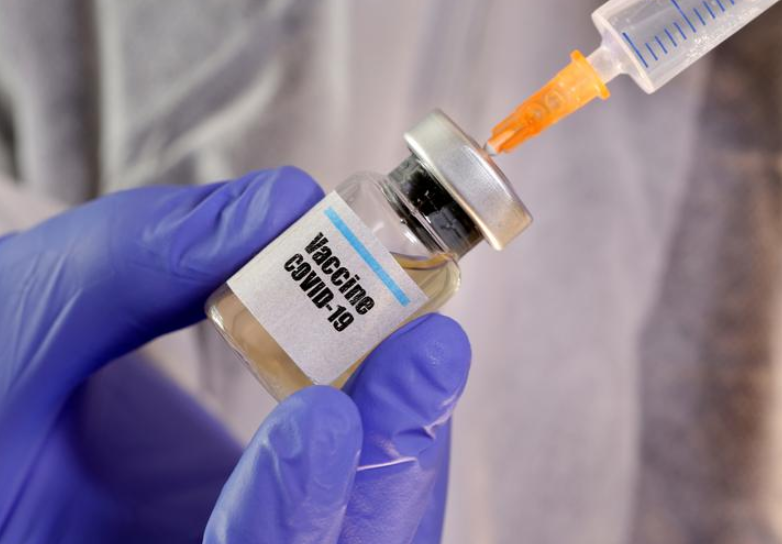 A woman holds a small bottle labeled with a "Vaccine COVID-19" sticker and a medical syringe in this illustration taken on April 10, 2020. (File photo: Agencies)

Three domestically developed vaccines, including two based on mRNA technology, have recently been approved for clinical trials, according to their makers.

Cansino Biotech, a Chinese vaccine developer, said in a news release on Monday that it has gained approval from the National Medical Products Administration to launch clinical trials for its experimental COVID-19 mRNA vaccine.

The company said that preclinical studies have shown that their candidate elicits high levels of antibodies capable of targeting multiple key variants of the novel coronavirus, including the currently dominant Omicron strain.

Meanwhile, CSPC Pharmaceutical Group, which is headquartered in Shijiazhuang, capital of Hebei province, said on Sunday that its mRNA COVID-19 vaccine candidate, named SYS6006, has also been cleared to enter clinical trials.

Pre-trial research shows that the vaccine is safe and can induce protection against both the Omicron and Delta strains, the company said in a statement.

The vaccine is designed to be stored at around 2 to 8 degrees C, and all key materials needed to scale up manufacturing can be made domestically, it added.

An experimental vaccine usually undergoes three phases of clinical trial before gaining the conditional approval required to enter the market. Although the process typically requires years of research, scientists worldwide have successfully created a number of safe and effective COVID-19 vaccines in record time in response to the pandemic.

China has so far granted conditional approval or emergency use authorization for seven domestic vaccines. None are based on the nucleic acid platform, the novel approach taken in making the vaccines developed by US company Moderna, and the one jointly created by US company Pfizer and Germany's BioNTech.

In terms of protection, a recent study conducted in Hong Kong has shown that after a third booster shot, the efficacy rate in preventing severe illness and deaths offered by mRNA vaccines and inactivated vaccines are almost the same.

Compared with the original, the upgrade offers broad spectrum protection against not only the original strain of novel coronavirus but also against other emerging variants, including Delta and Omicron.

The vaccine obtained emergency use approval from health authorities in the United Arab Emirates in late December.