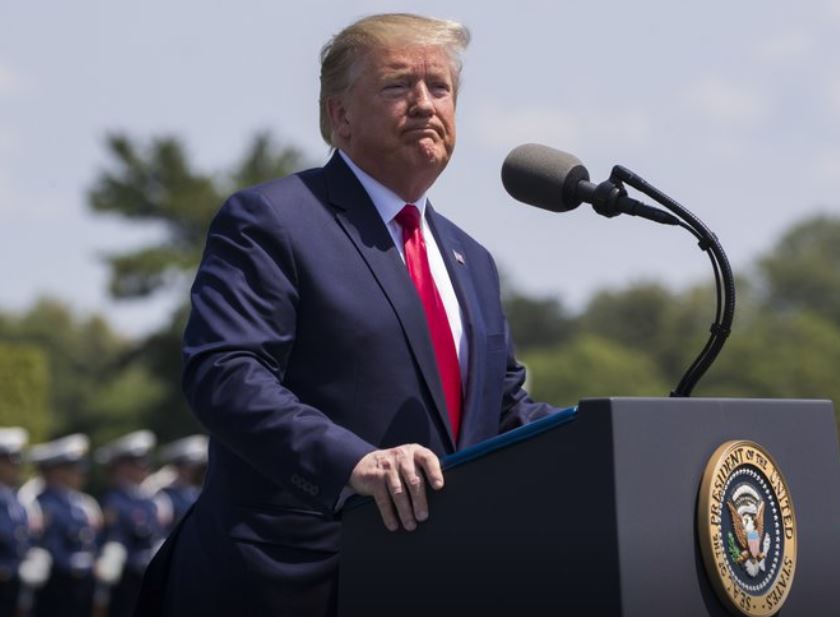 US President Donald Trump speaks during a full honors welcoming ceremony for Secretary of Defense Mark Esper at the Pentagon, Thursday, July 25, 2019, in Washington. (Photo: AP)

US President Donald Trump is promising to retaliate against France for adopting a pioneering tax on internet giants like Google, Amazon and Facebook.

He also managed to get in a shot at French wine. Trump, who doesn’t drink, tweets: “I’ve always said American wine is better than French wine!”

The tax primarily targets companies that use consumer data to sell online advertising.

Trump says that if anybody taxes American technology companies, it should be their home country.

He adds, referring to French President Emmanuel Macron: “We will announce a substantial reciprocal action on Macron’s foolishness shortly.”

The tax is designed to stop multinationals from avoiding taxes by setting up headquarters in low-tax EU countries. Currently, the companies pay nearly no tax in countries where they have significant sales.