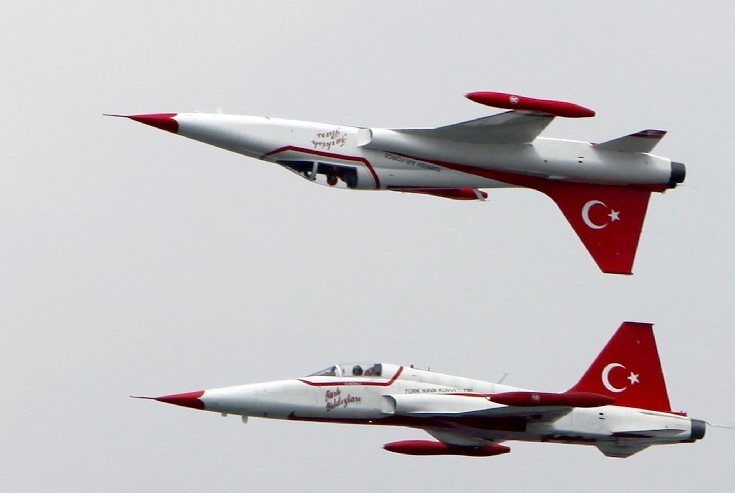 The Turkish Stars, the aerobatic team of the Turkish Air Force, performs a manoeuvre during a ceremony in the western city of Izmir on Sept. 9, 2009. (Reuters File photo: Xinhua)

Speaking at a local election rally in Ankara on Saturday, Erdogan said Turkey will achieve this goal through "unique designs and advanced technology."

Turkish aerospace and defense industry has been undergoing a profound transformation since 2003 and has since launched remarkable defense projects involving the MILGEM battleship, the ALTAY main battle tank, attack helicopters, and unmanned aerial vehicles, a Turkish expert told Xinhua.

The election rally on Saturday was jointly organized by the ruling Justice and Development Party and the allied Nationalist Movement Party ahead of the upcoming local election across the country.

With the clock ticking down to local elections set for March 31, Turkey is seeing daily campaign rallies and speeches by candidates and political leaders. According to the official data, 450,000 people attended the rally in Ankara.